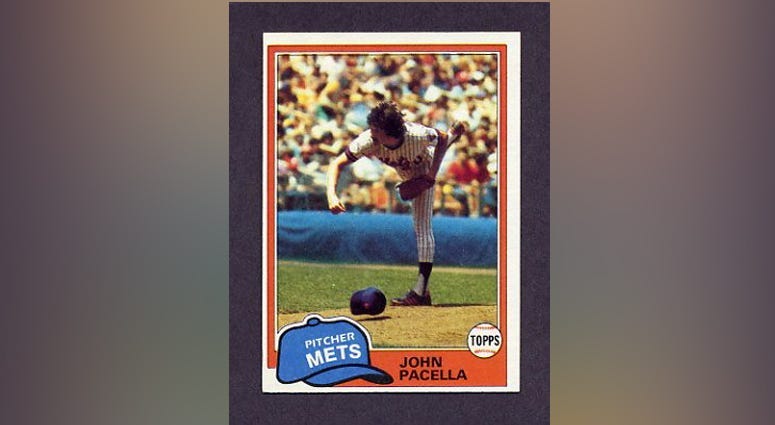 Drafted by the Mets in 1974 from Bohemia, Long Island, when throwing a pitch John Pacella's aggressive motion and thick head of hair routinely made his cap fly off.

“Steve Albert told me at that time, if you guessed the amount of times it fell off during the game they were giving away clock radios," Pacella said. "There was something crazy about that.”Major New York advertising executive Jerry Della Femina once told Pacella of his cap exploits, “Twenty years from now, people are going to remember you for this.”With the Mets, Pacella roomed with outfielder and matinee idol Lee Mazzilli.“We were out on Long Island, we had to run out of the mall," Pacella said. "That’s how crazy it got. I says, I don’t know if they’re running after me. If I stop, I think they’ll go right by me. I think they’re after Lee though," he added, laughing.Since 1994, Pacella and ex-major leaguer Dan Briggs run the Big League Baseball School. Their motto: Travel baseball without the travel.“We run travel leagues in and around the Columbus, Ohio area, where teams, and families and players don’t have to travel," Pacella said. "We play at one site.”Despite just four major league wins, Pacella still is mailed autograph requests from fans sending his unique 1981 baseball card, showing his cap falling to the mound.“It’s crazy how all these years later, what do you know when you’re playing?" Pacella said. "All these years later that people remember that. But it’s good to be remembered for something, right Joe?”