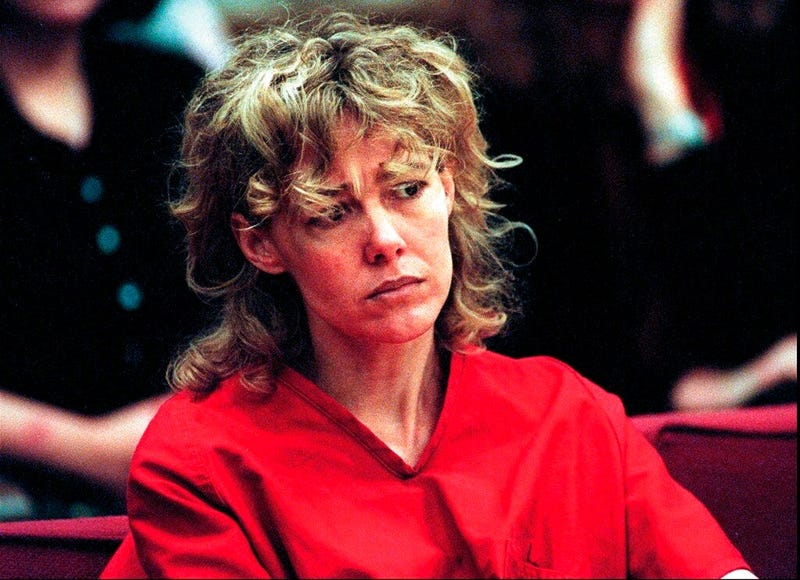 Mary Kay Letourneau, the infamous Washington middle school teacher convicted of raping her sixth-grade student, has died at 58. She had stage 4 cancer.

In 1996, Letourneau pleaded guilty to raping 13-year-old Vili Fualaau when she was 34. She became pregnant as she awaited trial and gave birth to their first daughter in jail in 1997.

She was convicted of second-degree child rape and initially served just a few months in jail. But, after she was paroled, she was caught having sex with Fualaau again and was returned to prison to serve another seven years. She gave birth to their second child in 1998 in prison, just after beginning the second sentence.

Her two daughters with Fualaau were initially raised by his family.

When she was released from jail in 2004, Letourneau was mandated to have no contact with Fualaau, who was then 21. But according to the New York Times, Fualaau fought to have the order removed, and the couple married in 2005. Fualaau filed for legal separation in 2017 just before their 12-year anniversary.

Letourneau was married with two children when she began her relationship with Fualaau.

Letourneau had reportedly been sick for several months. "It was a very sad ending," a source close to Letourneau tells PEOPLE.

Her former attorney, David Gehrke, told CNN her family was with her at the end -- including Fualaau and her ex-husband who was providing 24-hour care in the days before her death.