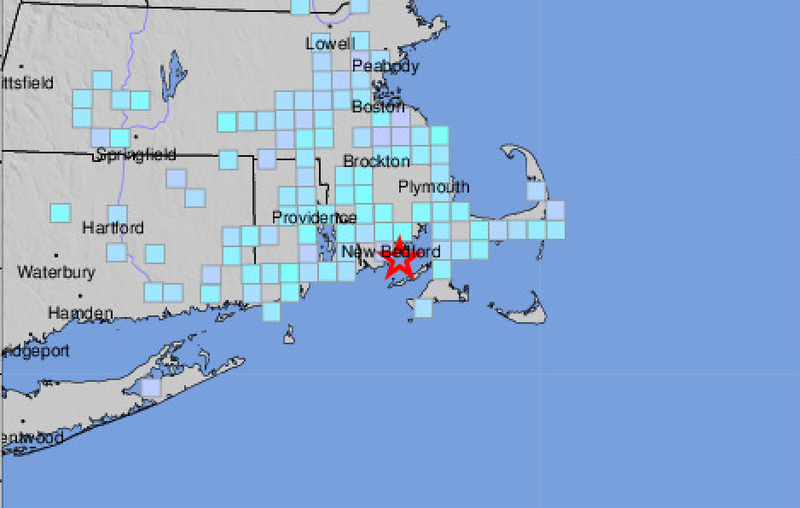 NEW YORK (1010 WINS) -- Residents as far away as Connecticut and Long Island reported feeling a 4.0 earthquake that struck southeastern Massachusetts on Sunday morning.

The earthquake with a preliminary magnitude of 4.0 centered a few miles off the coast of New Bedford in Buzzards Bay struck just after 9 a.m., according to Randy Baldwin, a geophysicist with the U.S. Geological Survey's National Earthquake Information Center.

The earthquake struck at a depth of a little more than 9.3 miles.

There were no immediate reports of injuries or damage.

Residents in Connecticut and Long Island took to social media saying they felt the 4.0 tremor.

Well, that was an interesting start to this Sunday morning. At 910am, it felt like a giant truck was slowly rumbling by this house in Connecticut. Actually, a 4.2 #earthquake off of Cape Cod according to USGS. Keep coming at us 2020. We will not break!

Anyone else on Long Island feel a little bit of that earthquake too??

Serious question: Did anyone near eastern Long Island or CT feel their house shake? It was brief but we're thinking a quake near here or maybe Long Island Sound.#earthquake #LongIsland

I felt it, North Shore Long Island. The house vibrated. Not crazy but definitely something I've never felt before. #earthquake

my house shook like 30 minutes ago and we just found out it was a earthquake. in connecticut. what

so connecticut had an earthquake just now 🌝