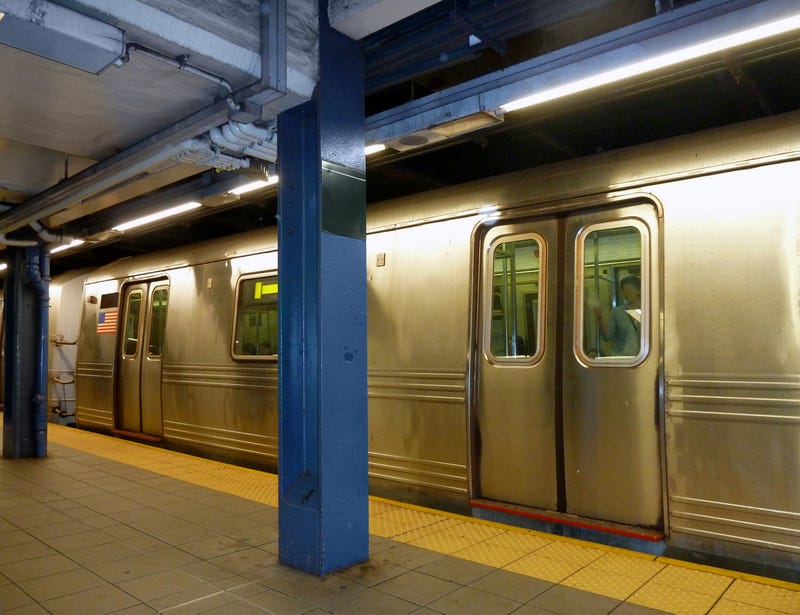 NEW YORK (WCBS 880) — Someone changed the subway tiles at a Queens subway station on Wednesday to read “46th Joe” in honor of President Joe Biden’s inauguration.

Artist Adrian Wilson changed the tiles at the 46th Street station in Astoria as a tribute to the newly sworn-in president.

“It took 20 seconds to stick this up and for my friend @lisascott3062 to spot for me - inbetween taking photos,” (sic) the artist wrote on Instagram.

Wilson also installed a sign to say “45th OUT” with an arrow, a nod to former President Donald Trump.

He was the same artist that changes a street sign for Thompson Street in SoHo to read “Trump Gone Street.”

Wilson has installed similar temporary tributes in the past, including his most recent work in honor of the late Eddie Van Halen.

He had also transformed the 50th Street station in Manhattan into a tribute for Ruth Bader Ginsburg when she died.

Wilson is not the only artist to honor celebrities and other notable figures in subway stations.

Others put stickers up at the Bryant Park subway station in January to memorialize Basketball icon Kobe Bryant. The makeshift signs transformed the station into “Kobe Bryant Park” for several days.

Prince and David Bowie were also among the other artists given subway tributes when they died.