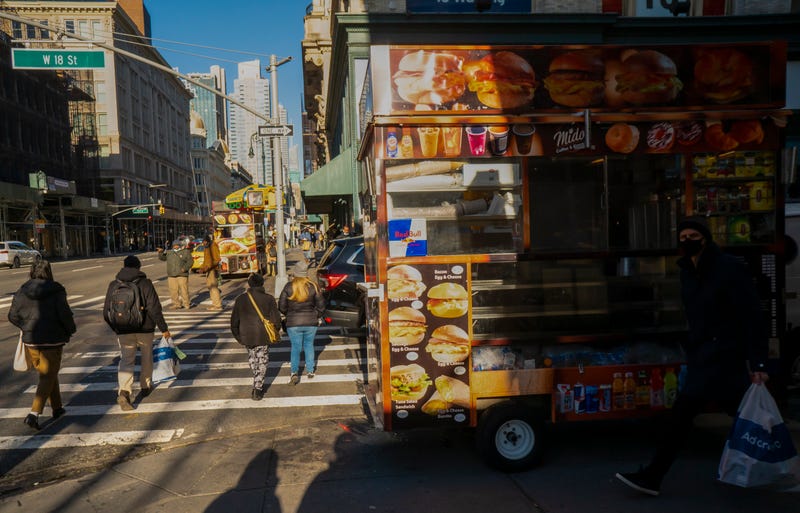 A street vendor in Chelsea. Photo credit Richard B. Levine
By Steve Burns

NEW YORK (WCBS 880) – New York’s street vendors, facing a sharp downturn in business thanks to the pandemic, are set to get some help from the city.

The City Council is expected to pass a bill this week increasing the number of street vending permits for the first time in almost 40 years in what has been a long-fought victory for vendors.

The issue predates the pandemic by a lot. New York last raised the cap on street vending permits during the Ed Koch administration in the 1980s.

“It’s about time they got an opportunity to get their permit, and we can phase out the illegal market,” said city Council member Margaret Chin.

Chin’s bill, which would gradually increase the number of permits, is expected to pass in the Council this week.

“Four hundred new permits a year for the next ten years,” Chin said of the bill.

The bill also creates a new specialized enforcement unit, replacing oversight by the NYPD that vendors criticized as arbitrary and excessively harsh.

The bill does not change one controversial measure that allows vendors to set up shop as close as 20 feet from a brick-and-mortar establishment.

Restaurant groups had wanted more distance, but Chin said they should welcome vendors livening up the street.

“They are also small business owners. Let’s work together,” she said.