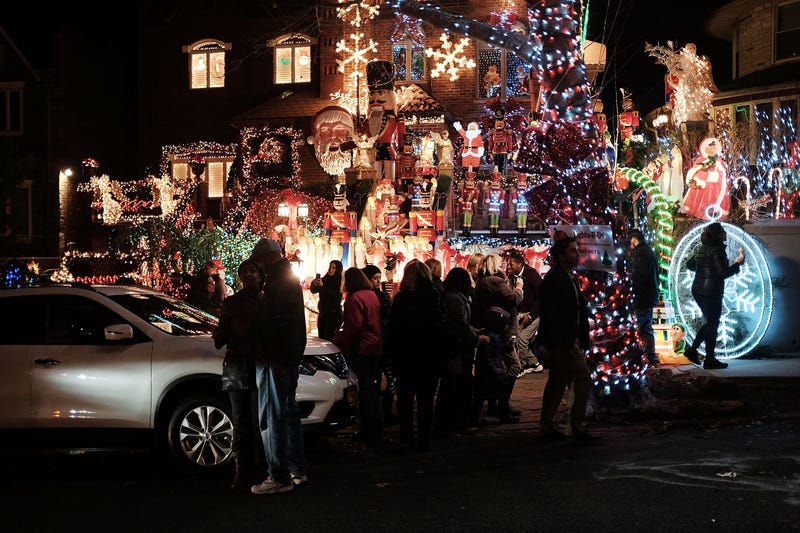 NEW YORK (WCBS 880) -- Despite all the cancellations this year, Dyker Heights will still put on its world-famous Christmas displays, but some residents are hoping to avoid the crowds of people that normally descend on the neighborhood as the pandemic worsens locally and nationwide.

In a normal year, people come from all over the world to see the out-of-this-world extravagance of Dyker Heights’ lights.

“This is on a very grand scale. Some people say you can see Dyker Heights during Christmastime from space,” Council member Justin Brannan said.

But given the pandemic, Brannan and others are hoping to avoid the normally gridlocked streets and throngs of visitors.

“We wish we could sort of make like surfers and say, ‘locals only.’ It’s tough,” he said.

If the area gets designated an orange or red zone, Brannan said he’ll look to the city and state to ban tour buses from coming in.

“If people want to put up lights on their private property, that’s their right, but that means tourists are going to come if the lights go up,” Brannan said.

One company has already decided to bow out, A Slice of Brooklyn Bus Tours, owned by Tony Muia.

“There would be no way I’d be able to forgive myself if bringing people into the neighborhood causes an uptick in numbers,” Muia said.

He said his usual four or five buses a night would have been down to one had he not done away with them all together.

“Everyone’s hoping it goes back to the way it was, which was when it was quieter,” Muia said.

He said he’s still concerned that other bus companies might send buses, companies that he said had no problem cruising down side streets and parking in driveways in previous years.