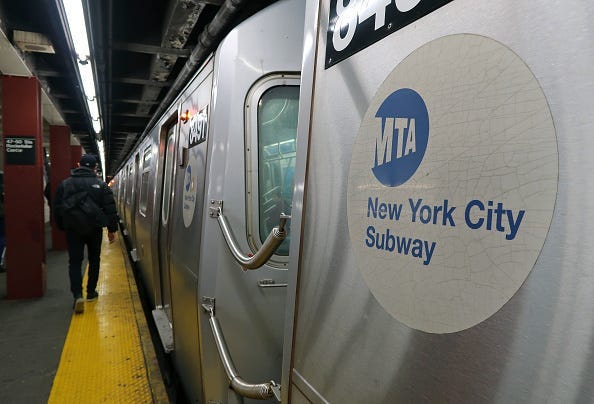 NEW YORK (WCBS 880) — A former subway conductor has been accused of stealing $114,000 from the New York City Transit.

“This defendant allegedly stole more than $100,000 in taxpayer money by claiming he was disabled while simultaneously - and outrageously - holding down a series of law enforcement jobs in other states,” the district attorney said. “We will now seek to bring him to justice and recover the funds that he fraudulently received.”

Investigators say the 48-year-old found out that he was going to be fired in December 2015 for disciplinary charges related to his operation of the trains.

Upon finding out the news, officials say Seminerio then sought Workers’ Compensation benefits, claiming he had been injured during a shift. He then began receiving those benefits in May 2016.

Between October 2016 and August 2019, officials allege the 48-year-old periodically signed documents, as required by NYC Transit, falsely certifying that he was not employed in any capacity.

“This scam artist suddenly suffered a convenient ‘injury,’ when faced with imminent termination as an MTA subway conductor yet was fit enough to relocate to other states and hold a series of law enforcement jobs. All the while he was double-dipping – collecting a salary as a corrections officer and other positions of authority, while lining his pockets with disability payments funded by New York’s taxpayers, as alleged in the indictment,” said MTA Inspector General Pokorny.

Seminerio allegedly racked up approximately $114,000 as a result of the fraud.

The MTA Inspector General was alerted to the scam by NYC Transit’s Special Investigation Union, which was reviewing Workers’ Compensation cases and suspended his payments last year.