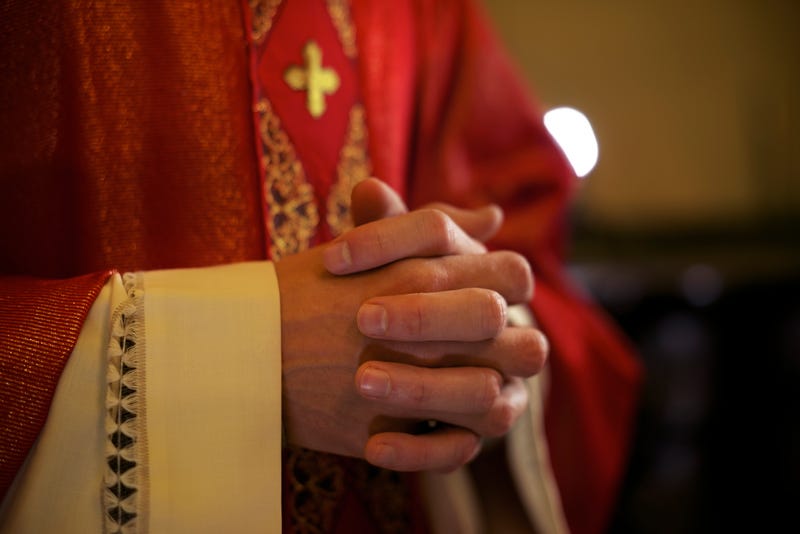 BRIDGEPORT, Conn. (AP) — A Catholic priest raped a 9-year-old altar boy on the day of his sister’s wedding that the the priest officiated, according to a new lawsuit against the Roman Catholic Diocese of Bridgeport.

The lawsuit, filed in Superior Court in Bridgeport, charges that the diocese knew or should have known that the Rev. Kiernan Ahearn was unfit to be around children but continued to assign him duties that involved children.

“Unfortunately, we continue to witness the carnage of the Catholic Church’s decades-long tolerance of pedophiles in its ranks,” attorney Joel Faxon, who represents the plaintiff in the lawsuit, told the Connecticut Post. “This particular criminal, Ahearn, was circulated through the Bridgeport Diocese and others in New York — attacking children all along the way.”

Ahearn, who died in 1997, served as parochial vicar at St. Mary Church in Bethel, Connecticut, from 1991 to 1993. He was arrested in Massachusetts in 1993 for contributing to the delinquency of a minor after he was found in a motel with a 16-year-old boy. He was convicted and sentenced to two years of probation.

According to the lawsuit, Ahearn repeatedly sexually assaulted the former altar boy at St. Mary when the boy was between the ages of 7 and 10. During one “particularly egregious act of sexual assault” in 1992, Ahearn raped the boy his sister’s wedding day, the lawsuit charges.

Diocese spokesperson Brian Wallace told the newspaper on Monday that the diocese had not been formally served with a complaint related to Ahearn, who was on the diocese’s published list of former clergy members credibly accused of abuse.

Wallace said the diocese “ remains committed to working with survivors of sexual abuse and their families.”