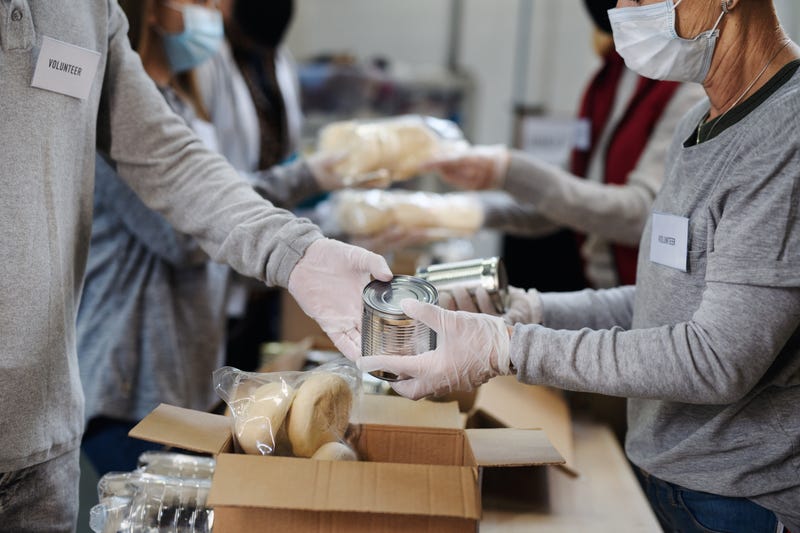 HAUPPAUGE, N.Y. (WCBS 880) -- Food banks in the Tri-State are doing all they can to prepare for Thanksgiving, giving out meals at record rates because of the pandemic.

Paule Pachter, of Long Island Cares, said that since the pandemic began the Harry Chapin Food Bank has seen more than 120,000 first-time visitors—a 43% increase in traffic this year.

“We’re purchasing about 78% more food than we did last year at this time,” Pachter said.

He said an additional 7,000 Thanksgiving meals are being prepared.

“Mainly turkeys to families who need them,” he said.

The food bank has added dozens of staff members and it’s looking for a second warehouse. Pachter said they’re in good shape to keep meeting the need for at least the next year thanks to an influx of donations.

He said the need shows not just the fallout of the pandemic but the economic changes in the region.

Pachter said that as a holiday centered around food approaches, nobody should be too embarrassed to reach out for help.

“This is why we’re in business,” he said.