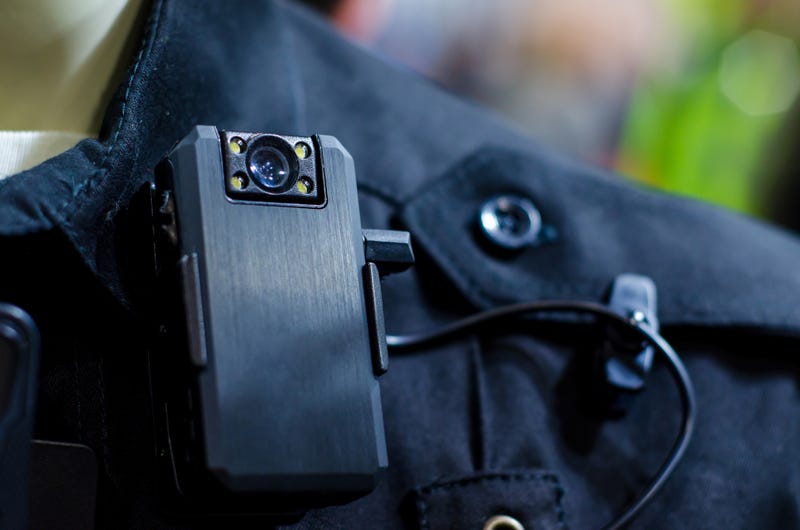 Murphy signed the bill from his office in Newark during an event live-streamed online. New Jersey joins five other states requiring law enforcement to wear the cameras, according to the National Conference of State Legislatures.

“This is a major step in providing transparency and accountability in law enforcement,” said bill sponsor Democratic state Sen.
Shirley Turner. “When everyone is on camera, everyone is on their best behavior."

The bill passed in the Legislature after this summer’s protests stemming from videos showing violence involving police, most prominently George Floyd, whose death was recorded by a bystander, but the legislation has been around since 2014.

Already about 12,000 officers in the state wear the cameras, but that's just a third of the overall number of officers, according to the governor's office.

The legislation requires the remaining departments to equip officers on patrol with the cameras. There are exceptions, though, such as undercover officers or those on administrative duty.

The legislation also provides that funding could come from a number of sources, including from state budget appropriations or federal grants.

That was a change Murphy added in a conditional veto of the measure in October. The Democrat-led Legislature agreed to the governor's changes and passed the bill in November with large bipartisan majorities. The earlier bill called for funds to come from a state account that had just $1 million available.

The governor's office estimates that outfitting about 23,000 officers with cameras could cost about $56 million. The bill doesn't include such funding, but lawmakers have introduced a funding measure that sets aside $58 million for the cameras. The measure is still pending in the Legislature, but has support from key leaders.

Police unions have backed the legislation. Pat Colligan, the president of the New Jersey State Policemen’s Benevolent Association, said cameras bring transparency to the job and show the public what the work of officers is like.

He cautioned, though, that the major cost of the cameras doesn't stem from initially buying them. Instead, buying digital storage space and hiring additional staff to handle the increased number of public records requests are major costs, he said. He urged officials to consider how to fund these as well.

Police-worn cameras have increasingly formed the basis for news accounts, giving the public a first-hand glimpse into events as they unfold. In New Jersey, Attorney General Gurbir Grewal overhauled guidelines in 2019, speeding up the release of video — including surveillance footage — for shootings involving police.

Relatives and advocates for people shot or injured by the police lauded the law, but said it's coming too late. The family attorney of Maurice Gordon, a 28-year-old man who was fatally shot by a state trooper after a traffic stop on the Garden State Parkway, said the law would have let his relatives better understand what happened.

“While the new law is commendable, it underscores a lack of uniformity and transparency that advocates and civil rights attorneys have been pushing for for years,” said William Wagstaff III.

Gordon's interaction with the trooper was captured on a camera mounted in the trooper's vehicle, but Gordon's shooting happened outside the vehicle and beyond the camera's lens.

Gordon's family said in a statement the law was a “step in the right direction (but) a day late and a dollar short."

Across the country, police departments have ramped up the use of body cameras, which have been praised for their potential to show the truth of an encounter with officers. But with budget crunches looming and cries to “defund the police,” some ask if taxpayer dollars spent on police body cameras have provided the accountability and transparency expected.

The other states requiring the cameras are California, Connecticut, Florida, Nevada and South Carolina.

Murphy on Tuesday also signed a related bill laying out how the cameras should be regulated, setting out when they can be deactivated and how long footage must be kept, for example.