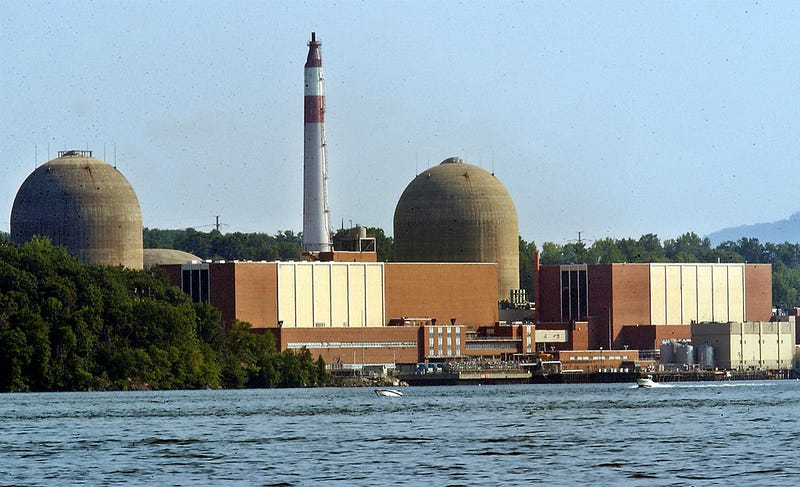 BUCHANAN, N.Y. (WCBS 880) — A lawsuit was filed on Friday by New York State Attorney General Letitia James regarding the dismantling of the Indian Point Nuclear Site in Buchanan.

James filed the suit on behalf of the state against the Federal Nuclear Regulatory Commission (NRC) after it denied New York’s request for a public hearing on the dismantling on the nuclear site.

The lawsuit is challenging the NRC’s denial of a public hearing on the state’s concerns.

It is also asking a federal court to investigate the company responsible for shutting down the nuclear site, New Jersey-based Holtec International, for seeking to use taxpayer money meant for the shutdown to manage fuel canisters that will remain at the site following its closure.

The NRC approved Entergy Corp.'s sale of the plant to Holtec International in November. Last week, the NRC denied petitions from New York State and others seeking public hearings.

According to James, the NRC requires all nuclear facilities to have a fund that will pay for the facility’s decommissioning, following closure.

Holtec was given $2.1 billion in taxpayer money to decommission the plant and has said it plans to use $630 million on fuel management.

James says New York is now concerned that the money left over won't be enough to pay for the “technically and financially demanding process” of cleaning up and shutting down the nuclear site.

“For the health and safety of New Yorkers, it’s imperative that Indian Point be safely, rapidly, and thoroughly dismantled,” James said.
“The NRC is attempting to bypass critical transparency and accountability steps, and also is seeking to make New Yorkers pay for the job. The NRC’s unwillingness to hear New York’s valid concerns is a slap in the face to all New Yorkers.”

Gov. Andrew Cuomo also called the NRC’s denial of a hearing “unacceptable” and “a blatant disregard of the state's serious concerns.”

“Cleaning up Indian Point will be complicated and expensive, which is why it is critical that the NRC prioritizes an open and transparent process to ensure that Indian Point is decommissioned and restored both safely and thoroughly,” the governor said. “In addition, decommissioning trusts funded by ratepayers should not be used as a slush fund to cover expenses that are ultimately the federal government’s obligation.”