NEW YORK (WCBS 880) — New Yorkers across the five boroughs took to the streets on Friday afternoon to celebrate Joe Biden’s projected win in the 2020 presidential election.

According to CBS News’ estimations, Biden won the state of Pennsylvania on Friday morning, along with its 20 electoral votes – surpassing the 270 electoral votes needed to capture the presidency. 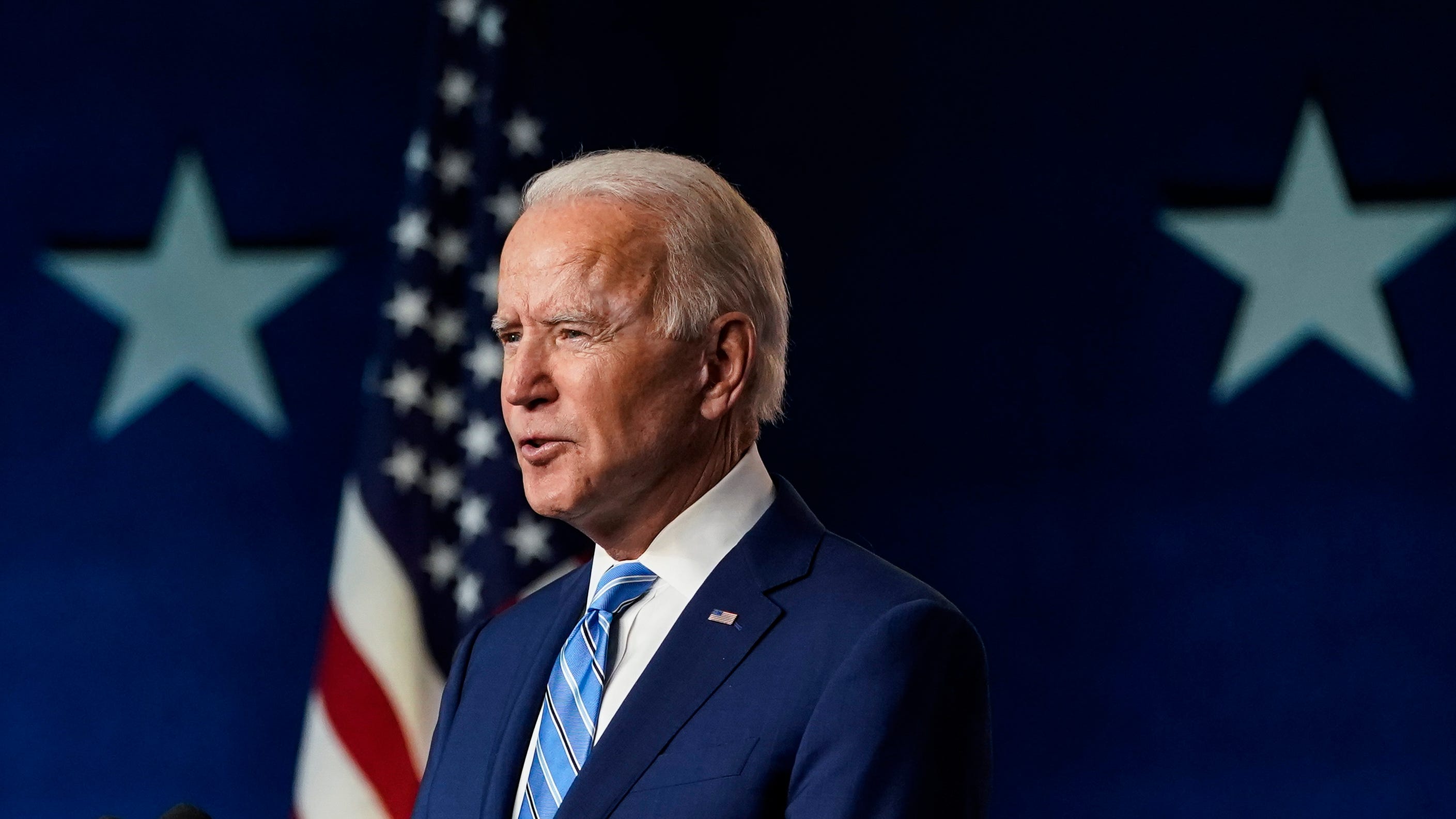 As the news broke, residents took to the streets to celebrate.

In Park Slope, WCBS 880’s Steve Burns captured video of dozens of cars honking in celebration and people cheering on the sidewalks.

Similarly, WCBS 880’s Marla Diamond found dozens of New Yorkers shouting from their balconies, in the same way they had saluting first responders during the early months of the coronavirus pandemic.

Around Columbus Circle, the scene was described as “pure joy” by Burns, as New Yorkers gathered to celebrate the Biden win.

American flags, cowbells, spoons on pots and champagne at a celebration on the Upper West Side. NYers have taken to the streets as Joe Biden has been projected as the election winner. One person had a sign reading “you’re fired.” @wcbs880 pic.twitter.com/qK8fy0Hel9

“Of course this is just a fraction of what we’re seeing across the city," Burns reported. “I just came from Brooklyn, people are banging pots and pans out of their windows.”

In Times Square, people were seen cheering with one another as cars honked in celebration.

Senate Minority Leader Chuck Schumer, of New York, was even spotted at the Grand Army Plaza holding a “Biden/Harris 2020” sign as crowds celebrated.

The widescale celebration in the city comes just hours after there was a huge dance party in Washington Square Park, even before news outlets projected Biden to win the presidency.

The party came after two days of protests, in which demonstrators demanded every vote in the election be counted.

New Yorkers were planning to protest again as the weekend approached, but the energy turned much more celebratory at a location where residents have been calling for police accountability, racial equality and social reforms all summer.

While the victory party may have been premature at the time, the team behind the party, justiceforgeorgenyc, said the “people are calling it.”

“Let the celebrations begin! We deserve it. And wear a mask,” the group – which was founded over the summer to organize protests around New York City – wrote on Instagram. The event was also billed as a “Donald Trump is Over Party.” 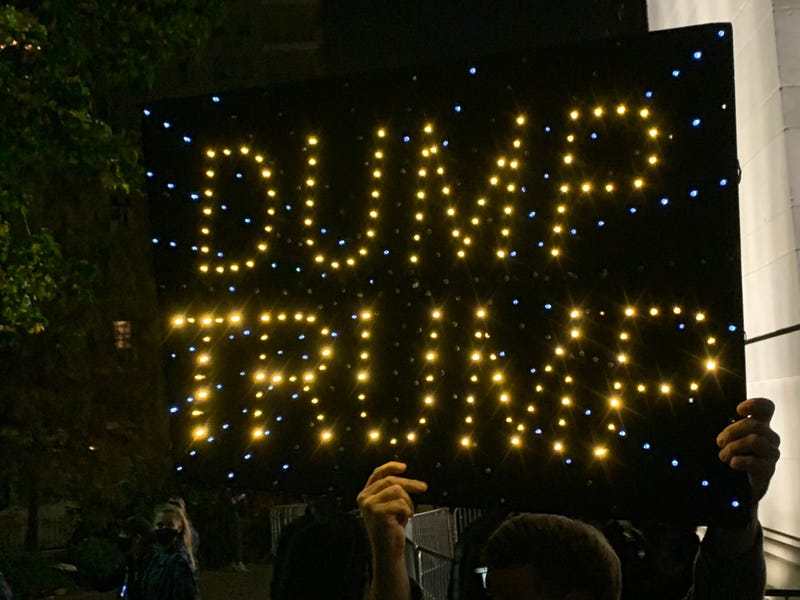 A demonstrator holds a "Dump Trump" sign at a party in Washington Square Park on Nov. 6, 2020 Photo credit Mack Rosenberg/WCBS 880

WCBS 880’s Mack Rosenberg was in the park as the party began and said plenty of people were holding messages demanding the vote count continue and at least one said, “You’re Fired” – a nod to Trump’s famous catchphrase on “The Apprentice.”

Dance party to support @JoeBiden is underway in Washington Square Park. The message these people have for @realDonaldTrump is “count the votes, however long it takes.” @wcbs880 pic.twitter.com/PD56I5YQL0

Videos posted to social media showed dozens of people dancing in a large crowd, with music blasting — "Hit the Road Jack" was among the songs played — and crowds screaming.

Washington Square Park not waiting for the AP call pic.twitter.com/hB9nbhvhi6

People are dancing in Washington Square Park. Many tell me they expect Biden will be elected and say they want to celebrate @NY1 pic.twitter.com/Upbx7vrMfJ

Outside the dance party, Rosenberg spoke with one demonstrator who says he was looking forward to a Biden presidency, but notes that as president, the Democrat would need to “make good” on the promises he made on the campaign trail.

That includes investing in education in Black and Brown communities and police reform.

Rosenberg reports that the party was peaceful – but in terms of the ongoing coronavirus pandemic, there were “pockets” of people who had taken off their masks amid the celebration, while others had kept it on and kept their distance.

With coronavirus cases beginning to increase in the state, many in the comments have warned that such a gathering in Washington Square Park would lead to an increase in cases, while others just seemed to be excited to take part in the premature celebration.

I ❤️ NY
Washington Square Park
This is what a democratic dance party looks like 🇺🇸 pic.twitter.com/XTbWmg7aKo

Later in the night there were reports of some arrests.

Washington Square Park in NYC, NYPD shuts down party in the park and made a few arrests.