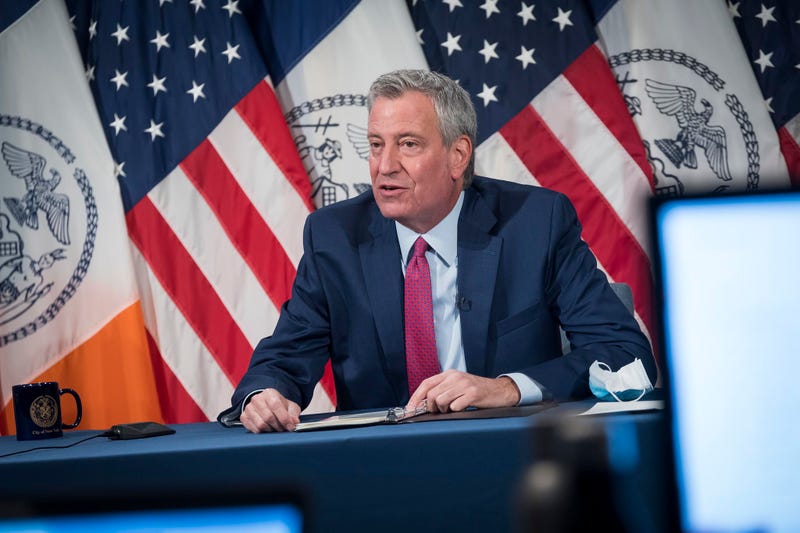 Beginning in 2021, new 911 mental health teams of health professionals and crisis workers from FDNY Emergency Medical Services will be the default response to mental health emergencies in two “high-need precincts.”

“One in five New Yorkers struggle with a mental health condition. Now, more than ever, we must do everything we can to reach those people before crisis strikes,” said Mayor de Blasio. “For the first time in our city’s history, health responders will be the default responders for a person in crisis, making sure those struggling with mental illness receive the help they need.”

NYC Health and hospitals will help train new teams and provide ongoing case conferencing so that the NYPD will no longer be the default response.

Currently, police officers and FDNY emergency officials respond to nearly all mental health 911 calls, regardless of the severity of health needs.

First Lady Chirlane McCray says having the NYPD and FDNY respond can add to the stigma that people experiencing mental health issues are violent.

"There is a myth out there that people who suffer from a mental illness are violent, and that is one of the things that we've worked very hard to dispel,” she said.

McCray says the city wants to provide those with mental issues with “better and more compassionate support.”

According to the mayor’s office, the pilot announced Tuesday is “modeled on successful, alternative to police response programs in other cities.”

In a press release, the mayor’s office noted that mental health 911 calls have declined over the last year by over 8,000. It was the first decline following a decade in which 911 mental health calls increased every year. The office did not say what was the cause of the decline.

While the program has generated the support of lawmakers across the city, PBA President Pat Lynch believes that the pilot will put people in greater danger.

“Police officers know that we cannot single-handedly solve our city's mental health disaster, but this plan will not do that, either,” Lynch said in a statement. “It will undoubtedly put our already-overtaxed EMS colleagues in dangerous situations without police support. We need a complete overhaul of the rest of our mental health care system, so that we can help people before they are in crisis, rather than just picking up the pieces afterward. On that front, the de Blasio administration has done nothing but waste time and money with ThriveNYC and similar programs. We have no confidence that this long-delayed plan will produce any better results.”