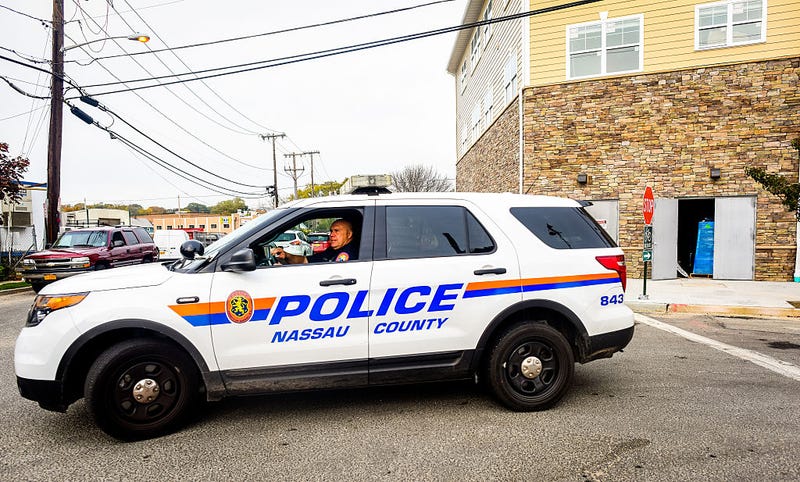 SEAFORD, N.Y. (WCBS 880) — An NYPD Sergeant and a personal trainer were indicted on Wednesday for their roles in an October 2019 shooting that occurred on Long Island.

According to Nassau County District Attorney Madeline Singas, the shooting happened in Seaford on Oct. 25, 2019.

Singas say that in the early hours of the morning, 30-year-old Patrick Catania, of Point Lookout, was allegedly trespassing on the grounds of 35-year-old Justin Ellis’ Seaford home, which he shares with his wife and children.

When the 35-year-old, a New York City Police Department sergeant, arrived home, he encountered Catania near the home and the two began arguing.

According to the indictment, the two knew each other prior to the incident.

When the argument broke out, Singas says Catania retrieved a baseball bat and attempted to assault Ellis.

The police sergeant then allegedly shot at Catania twice, striking him once and both men called 911.

Catania suffered a chest injury and was treated at a nearby hospital.

Both men surrendered the Nassau County police on Wednesday.

Ellis has been charged with second degree assault. He was released on his own recognizance and is due back in court on Jan. 7. He faces a maximum sentence of seven years in prison if convicted.

Catania was charged with second degree attempted, criminal possession of a weapon, menacing and criminal trespassing. He also was released.

If convicted of the top charge, he faces a potential maximum sentence of one and one-third years to four years in prison.