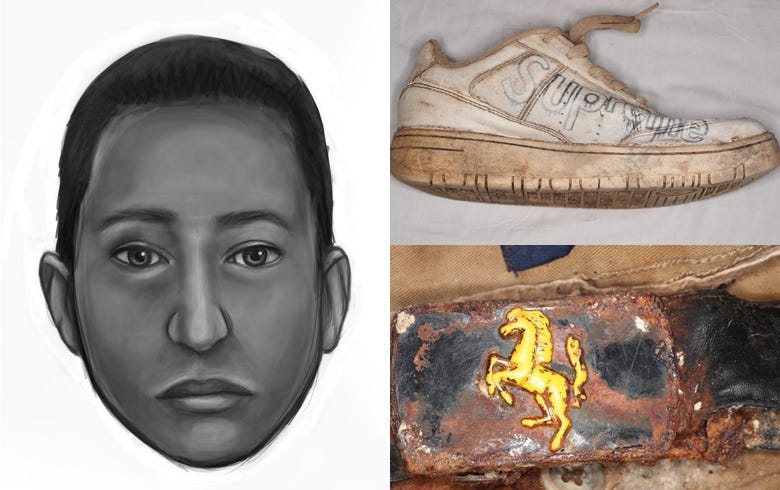 CENTEREACH, N.Y. (WCBS 880) — Suffolk County Police are asking for the public's help in identifying a man whose remains were found in Centereach last year.

The skeletal remains were discovered behind a home, located at 75 Jay Road, on March 15.

Police have determined the man was a victim of violence and believe he had been dead for about a year before his body was found.

Police say he was approximately 15 to 21 years old and was described as white or Hispanic.

He was between 5-feet 3-inches and 5-feet 5-inches tall. Authorities released a sketch of the victim, as well as photos of the men's sneakers, size 4 1/2, and belt buckle found on the remains.