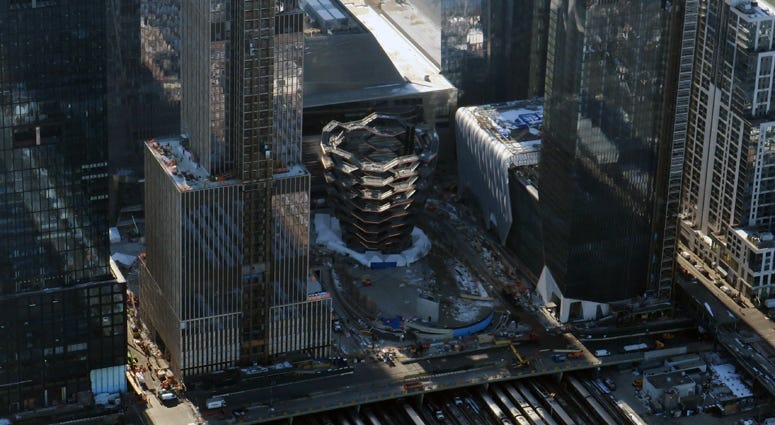 NEW YORK (WCBS 880) — The Vessel at Hudson Yards, which has been the site of three suicides in less than a year, has been closed to the public.

Related Companies, the developer of Hudson Yards, told the New York Times that it is consulting with suicide prevention experts about how to limit the potential for more incidents.

It's not clear when the 150-foot spiraling structure will reopen.

The closure was reported Tuesday, a day after a 21-year-old man jumped to his death.

A 24-year-old woman from Brooklyn died after she jumped from the structure in December.

A 19-year-old man from New Jersey also died by suicide at the site last February.

The Vessel, which has 154 interconnecting flights of stairs and almost 2,500 steps, opened on Manhattan's West Side in March 2019.

If you are having thoughts of suicide, call the National Suicide Prevention Hotline at 1-800 273-TALK.