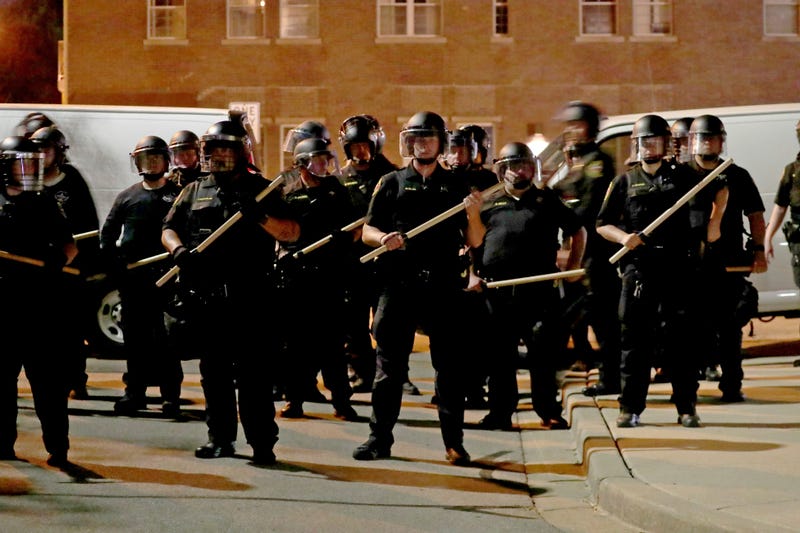 KENOSHA, Wis. (AP) — Two police officers who were on the scene when a white officer shot and partially paralyzed a Black man in Wisconsin, triggering several nights of violent protests, have returned to duty, according to police officials.

The update announced Wednesday comes as Officer Rusten Sheskey, who shot Jacob Blake seven times on Aug. 23 in Kenosha, remains on administrative leave while a police review board examines the case.

Sheskey was placed on administrative leave following Blake’s shooting along with Officers Vincent Arenas and Brittany Meronek. Arenas and Meronek returned to duty Jan. 20, according to a police statement issued Wednesday.

“Officers Arenas and Meronek were not charged with a crime and after review by the Kenosha County District Attorney and an independent investigator, former Madison Police Chief Noble Wray, the actions taken by the officers were reasonable and justified,” the statement said.

Hundreds of people were arrested and multiple businesses were destroyed during protests following Blake's shooting. Kyle Rittenhouse, a white teenager from Antioch, Illinois, is accused of fatally shooting two men and wounding a third during one night of violence.

The officers were trying to arrest Blake on an outstanding warrant when a pocketknife fell from his pants during a scuffle. Blake said he picked it up before heading to a vehicle to drive away with two of his children in the back seat. He said he was prepared to surrender once he put the knife in the vehicle.

Sheskey told investigators that he feared that Blake was going to stab him, so he opened fire. Blake family attorney Ben Crump, however, has questioned whether Blake threatened Sheskey with a knife, saying “nowhere does the video footage show a knife extended and aimed to establish the requisite intent.”

Kenosha County District Attorney Michael Graveley on Jan. 5 declined to file charges against Sheskey, concluding he couldn’t disprove the officer’s contention that he acted in self-defense.