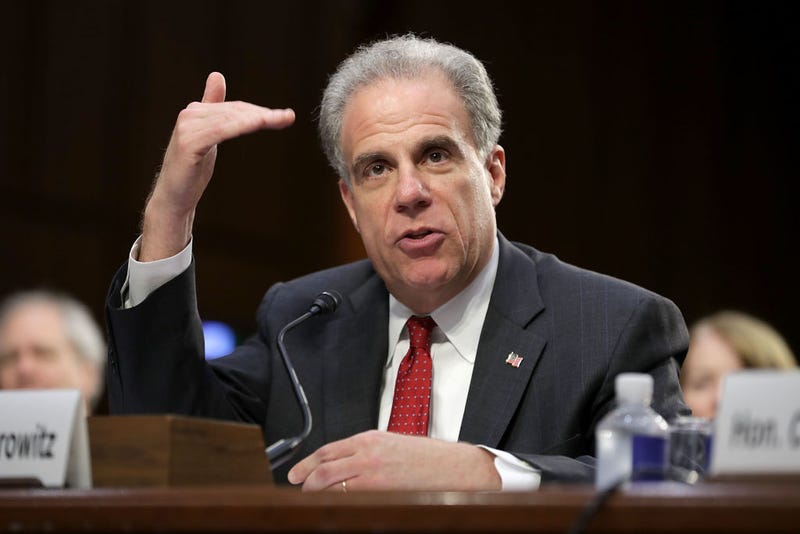 Michael Horowitz, the inspector general of the Justice department will about report on FBI and Russia probe.

The Senate Judiciary Committee will hear from Michael Horowitz, the inspector general for the Justice Department.

Horowitz is expected to testify about his 434 page report on the investigation into Russian interference in the 2016 presidential election. He will also discuss any possible ties to the Trump campaign, according to CBS.

His report published on Monday found several procedural errors but overall no “political bias” by the agency. The review also reported that the FBI was justified in launching its July 2016 investigation into the campaign.

FBI Director Christopher Wray said in a statement that he accepted the findings and acknowledged that “certain FBI personnel” have failed to comply with policies and conduct. He also reported that the bureau "embraces the need for thoughtful, meaningful remedial action."