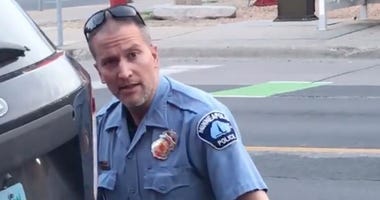 The Daily Mail has released a second-hand recording of body camera footage of George Floyd's May 25th arrest, from two of the officers charged with Floyd's death.  Those videos were made available to media last month for viewing, but reporters were not allowed to make any recordings. The UK-based publication will only say it "exclusively" obtained the body-cam videos, which are from Officers Thomas Lane and J Alexander Keung.

A spokesman for Hennepin County District Court says that they are aware of the leaked videos and that an investigation is underway.

“The more video evidence you see, the more unjustifiable George Floyd's torture and death at the hands of the police becomes. Although the allegation against George was for a non-violent offense involving a $20 bill, the police officers approached him with guns drawn, simply because he was a Black man. As this video shows, he never posed any threat. The officers' contradictions continue to build. If not for the videos, the world might never have known about the wrongs committed against George Floyd.”