The president was admitted to the hospital on Friday after he tested positive for the virus.

President Trump is leaving Walter Reed Medical Center. He will return to the White House to recover from COVID-19.

The president was admitted to the hospital on Friday after he tested positive for the virus.

"Feeling really good! Don’t be afraid of Covid. Don’t let it dominate your life," the president tweeted. "We have developed, under the Trump Administration, some really great drugs & knowledge. I feel better than I did 20 years ago!"

On Monday morning, the president took to Twitter to announce that he would be returning to the White House to continue his recovery from coronavirus.
He arrived back in the nation’s capital at around 7 p.m.

Dr. Sean Conley, the president physician, gave the go-ahead for Trump to be discharged, saying it had been over 72 hours since his last fever and his oxygen levels are all normal.

"Though he may not entirely be out of the woods yet, the team and I agree that all our evaluations, and most importantly his clinical status, support the president's safe return home, where he'll be surrounded by world class medical care 24/7," Conley said.

"We all remain cautiously optimistic and on guard because we're in a bit of uncharted territory when it comes to a patient that received the therapies he has so early in the course," Conley added. "So we're looking to this weekend, if we can get through to Monday, with him remaining the same or improving, better yet, then we will all take that final deep sigh of relief." 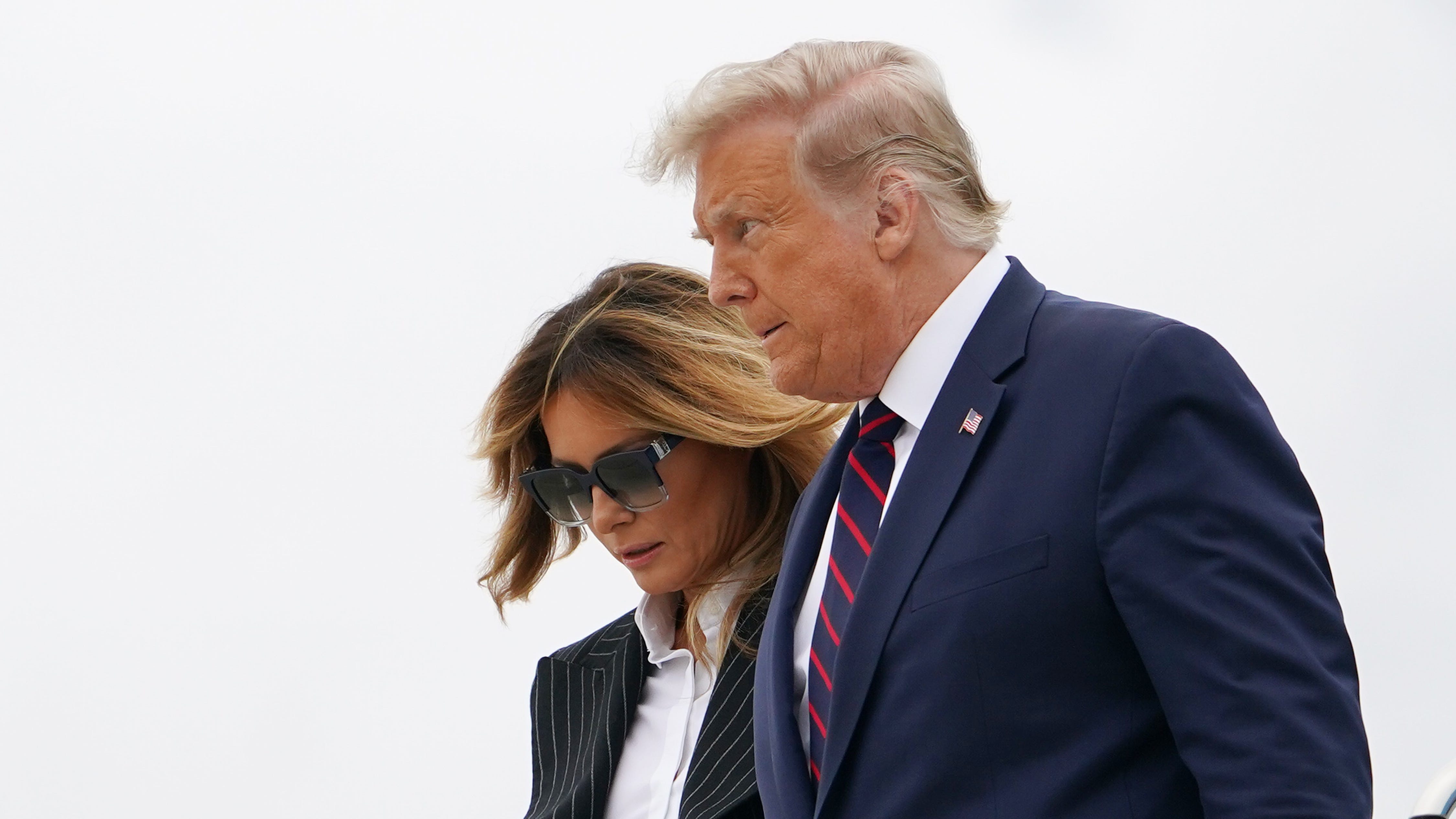 Dr. Sean Dooley, earlier Monday, said the president "continues to do very well" and reported his last temperature check was 98.1 degrees, his blood pressure was 134/78, his respiratory rate was 17 respirations per minute, his heart rate was 68 beats per minute and his last oxyhemoglobin saturation was 97% on room air.

"He currently does not endorse any respiratory complaints," Dooley said.

Dr. Brian Garibaldi of Johns Hopkins said the president received a fourth dose of Remdesivir before leaving the hospital and will receive the fifth and final dose of the treatment course at the White House on Tuesday evening.

"He continues on dexamethasone and again the plan for today is to continue to be up and out of bed, eat and drink and work as he is able," Garibaldi said.

Dr. Jason Blaylock, an infectious disease specialist, said he's working closely with local laboratories to obtain advanced diagnostic testing that would inform the White House medical team about Trump's ability to transmit the virus to others.

Conley says, "We're going to do whatever it takes for the president to safely conduct business" within the White House.

Doctors couldn't say when Trump will no longer be contagious or when he'd be able to travel again.

Before arriving back at the White House, the president posted on Twitter, saying he would be returning to the campaign trail as soon as possible.

Will be back on the Campaign Trail soon!!! The Fake News only shows the Fake Polls.

Doctors said the president was a "phenomenal patient" during his hospital stay.

Meanwhile, the White House is still learning of the scale of an apparent outbreak within the complex.

On Monday morning, Press Secretary Kayleigh McEnany was the latest member of the Trump administration to test positive for the virus.