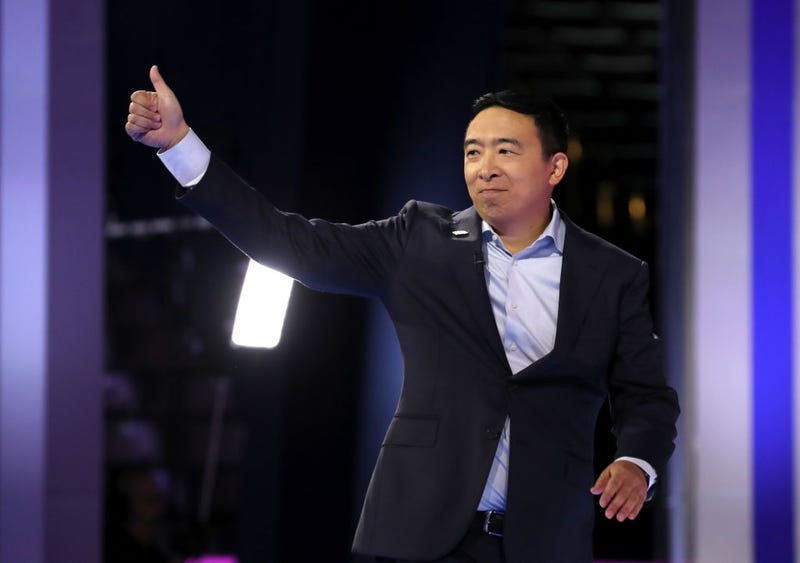 I moved to New York City 25 years ago. I came of age, fell in love, and became a father here. Seeing our City in so much pain breaks my heart.

Let’s fight for a future New York City that we can be proud of – together. Join us at https://t.co/TGnxwuBiHB pic.twitter.com/n9zxPybgbh

Yang has long been speculated as a candidate for New York City mayor, and many had suspected he would run after he dropped out of the race for president.

In December, social media was abuzz with the news that he had filed paperwork indicating that he planned to run for mayor of the nation’s largest city.

When he entered the 2020 presidential race, Yang was one of the more progressive candidates in the pool of Democrats seeking to unseat President Donald Trump.

One of his main platforms was a proposal for universal basic income, which sought to provide every adult citizen with a set amount of money on a regular basis. Yang previously said that number could be $1,000 every month.

“I ran for president because I saw that the economy was not working for everyday Americans,” Yang said in his video, adding, “Seeing my city the way it is now breaks my heart.”

Yang plans to continue his platform for universal basic income, saying in his announcement video: “We need to realize Martin Luther King Jr.’s dream of a Guaranteed Minimum Income and get cash into the hands of people who need it most.”

While Yang has never held political office in the five boroughs, he was born in upstate New York and has spent most of his adult life in New York City.

In the video in which he announced his candidacy for mayor, Yang also notes that his wife was raised in Queens and his two sons were born at St. Luke’s Hospital in Manhattan.

He ran into some trouble this week when he defended his decision to flee the city during the height of the pandemic telling the New York Times there was no way he and his wife would be able to have two kids on virtual school while trying to work the two-bedroom apartment.

Yang is now the second Asian American candidate to run for mayor of the largest city in the United States, following former New York State Sen. John Liu’s bid in 2013.

He officially kicked off his campaign during an event Thursday morning in the Morningside Heights neighborhood he moved to 25 years ago.

He introduced his family and vowed to revive the city's economy.

"It is here in New York City that my passion for uplifting people, for wanting to move our country forward got started," Yang said. "And now that we are facing this historic crisis I am aiming to unleash and channel that energy for a human-centered economy right here in New York, my home. I'm running for mayor for a very simple reason, I see a crisis and believe that I can help."

During his speech, Yang promised to launch a fully-electric bus fleet and advocated for city control of the subway system, which is run by the MTA.

New York City’s primary election will be on June 22, 2021, followed by a general election on Nov. 2, 2021. Incumbent Mayor Bill de Blasio is unable to run for a third term due to term limits.

For more from Yang, listen to his podcast, "Yang Speaks," on the RADIO.COM app.