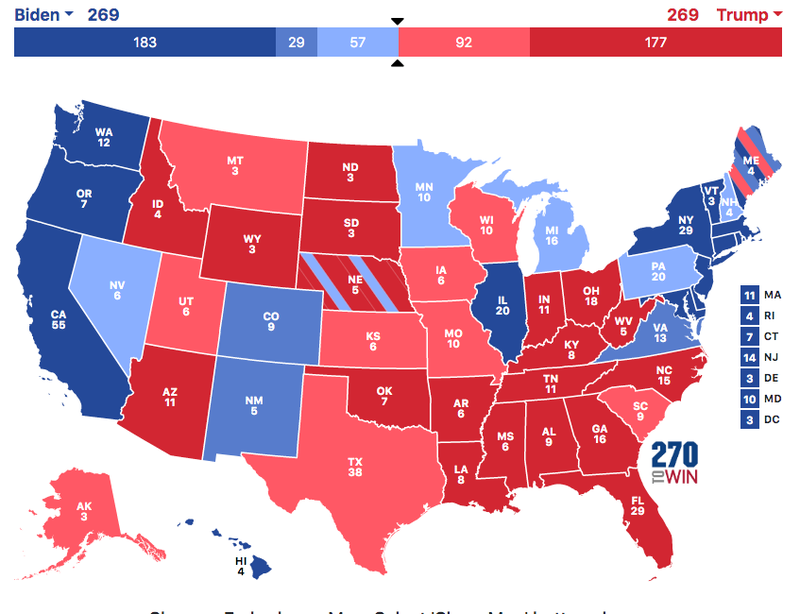 It is possible for an electoral tie in the presidential election. Photo credit 270towin.com
By Eric Sykes

ST. LOUIS, Mo (KMOX) -- The possibility of a tie in the race to the White House is possible and it has happened before. Here's how the election is decided in the event of a tie.

Not since the presidential election of 1800 has there been an electoral tie. At that time in history, the winner was decided on who obtained a majority of the Electoral College votes.

Interesting enough, the runner up would then become Vice President to the winner. 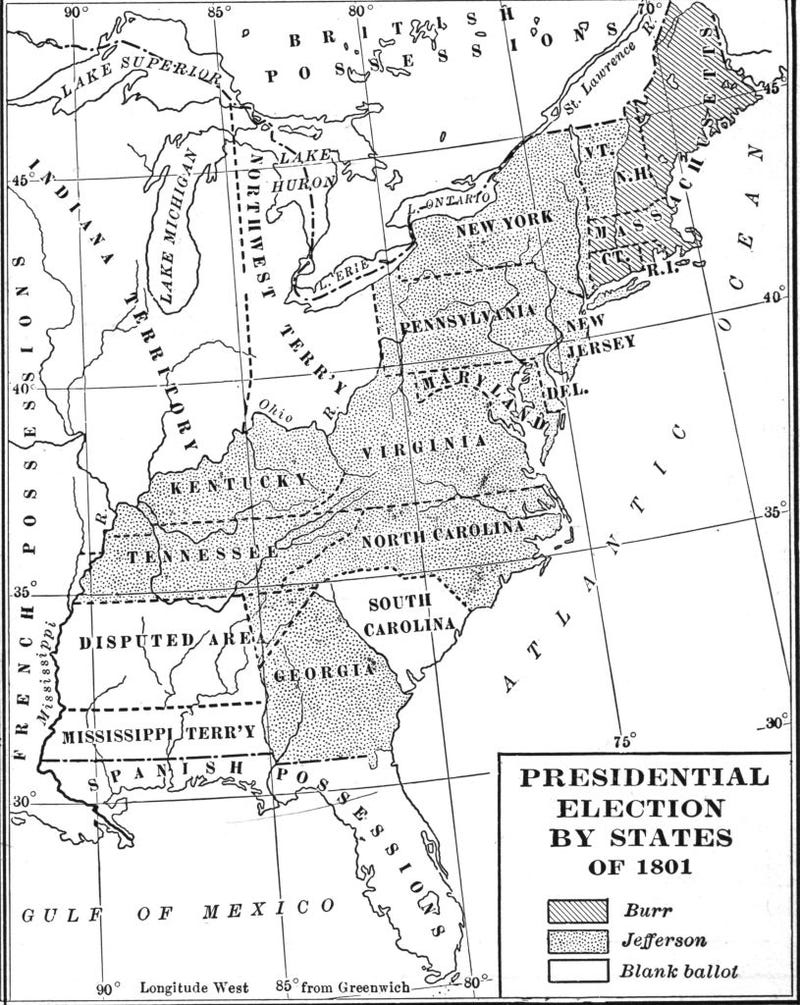 Map illustrates votes, by state, in the US Presidential election of 1800, late nineteenth century. It is broken down as votes for Aaron Burr, Thomas Jefferson, or 'Blank Ballot'. Photo credit (Photo by Interim Archives/Getty Images)

That tie created a constitutional crisis that led to the 12th amendment to the Constitution of the United States, separating the contests for the offices of president and Vice president. The 12th amendment also requires the Senate to choose between the two top electoral vote recipients in choosing the vice president in the case of a tie.

There is always a possibility of an electoral tie in any given election year. If there is anything we have learned in 2020, it's to never assume anything will be normal or as expected.

An electoral tie could look something like the map created on 270toWin.com with each candidate getting 269 Electoral College votes. Click the map to create your own at 270toWin.com

The way the Senate votes on the vice president is different than that of the House voting on the president.

In the Senate, each Senator has one vote and the majority decides who becomes vice president. In the House, however, the majority is decided differently.

In the House, each state has only one vote for president, regardless of the size of the state. The winner of the vote in the House must have 26 states to win. So the majority of the delegates of any given state would cast one single vote for that state.

However, the Constitution states that it would not be the current congress that decides on the presidency, but the new congressional body from the 2020 election.

So, theoretically, the United States could end up with a non-partisan White House, but as you have just read, there are a number of things that would have to happen: Electoral tie. House delegate majority and Senate controlled by separate parties.