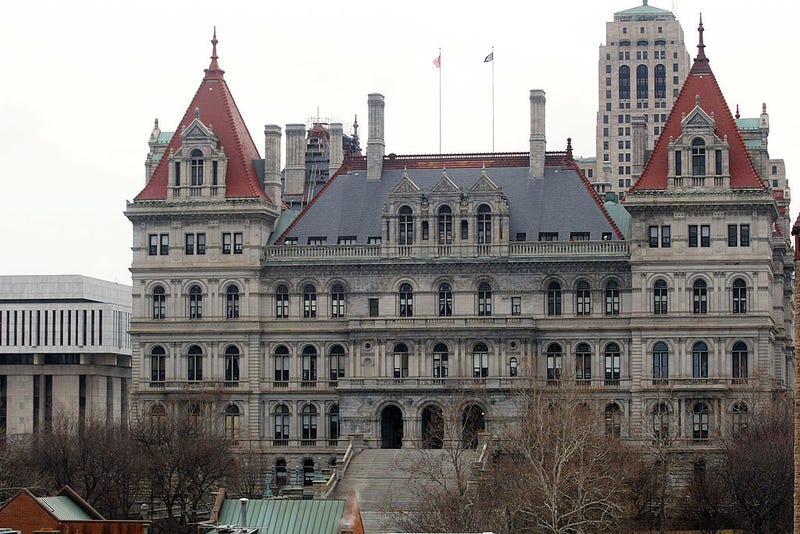 ALBANY (WCBS 880) — The balance of power in Albany will be a bit different in 2021 after Democrats announced they've won enough seats to net them a supermajority in the New York State Senate.

Democrats already had a majority in the state’s Legislature, but the 2020 election brought a dramatic shift after all the mail-in ballots were counted.

“We will begin our session with a historic supermajority,” said Senate Majority Leader Andrea Stewart-Cousins.

She notes that it took Democrats a while to get there, but the Republican’s “red wave really turned out to be really more of a red mirage.”

Democrats will control at least 42 seats in the state Senate in 2021.

“As a co-equal branch of government, we recognize the mandate we've been given by the voters and we will assert ourselves accordingly,” Stewart-Cousins said.

The supermajority could be a threat to Gov. Andrew Cuomo, whose vetoes can not be overridden by the New York State Senate.

Stewart-Cousins acknowledges that there is a possibility that could happen as Cuomo tends to be more of a fiscal centrist than some Democratic senators.

However, she still expects a lot to get done in the next year.

“I don’t foresee that being the reason that we get up and come to work everyday,” she said.

Cuomo, for his part, says he doubts there would be a situation where he'd disagree with every Democrat.

“Senators are individuals, they’re not really a monolith or sheep,” he told reporters during a Thursday conference call.

The governor also says it may be tough to get every Democrat to agree on anything but regardless, “I supported them all and worked very hard to elect them.”

When asked if she ever got a congratulatory phone call from Cuomo, Stewart-Cousins said she did not.