Different pitchers have different traits that allow them to dominate. 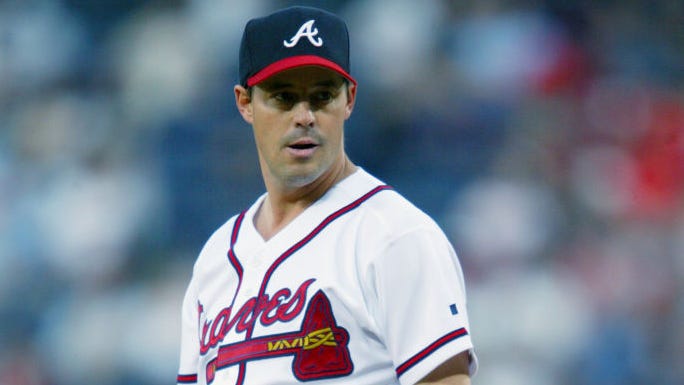 But what about the 5-foot-11, 170-pound Pedro Martinez, whose Hall of Fame resume includes eight All-Star appearances, five ERA titles, three Cy Young awards, the elusive pitching Triple Crown and a World Series ring? How did Martinez completely cruise through one of the most high-octane eras in baseball history, posting an almost inconceivable 118-36 record with a 2.20 ERA and 1,761 strikeouts from 1997 to 2003?

Flexibility. Or, more specifically, freakish, alien-like, double-jointed flexibility in some of his fingers, as he so graciously shared with the Twitter community on Tuesday night.

Someone once asked me why my pitches were so much better.
Flexibility my friends...my fingers were so flexible they stayed in contact with the ball quite a bit longer, so I could put more spin on the ball.
No, I am not an alien...or am I? 🤔😜#doublejointed #flexibility #45 #FAQ pic.twitter.com/JaJ4prqv3t

We should get a Pedro #FAQ tweet every week!

Whatever his explanation is for how he generated such nasty movement on his pitches, we'll buy it. We don't really have any better idea as to how some of his changeups took the insane trajectory that they did.

Martinez has also credited his mental game in past interviews (via Rob Friedman).

First of all, I'm confident, and a lot of people misjudge that. People might say he's cocky. I'm fearless, intense, some people might say he's mean, and sometimes, since I'm so intense, I'll strike you out, keep on looking at you... because baseball has a little bit of psychology in it. If you see a guy frustrated with the changeup, you have to continue to throw that changeup. If you can't hit a changeup, I'm sorry. You're going to see it again.