After weeks of growing discontent, Deshaun Watson has reportedly requested a trade from the Houston Texans.

Watson, 25, is a definitely a top 10 and arguably a top 5 quarterback in the league who is just scratching the surface of the prime of his career. His availability makes him unquestionably the most attractive quarterback teams would want to get their hands on.

Of course, the Texans are not just going to give someone like that away. NFL scribe Benjamin Allbright reported that “three firsts, three seconds and a player” might get the conversation started -- but that was before Watson demanded he wants out.

Watson's unhappiness in Houston has been percolating for a bit and his recent demands, plus the fact that he has a no-trade clause may force the Texans’ hands a little when it comes to negotiating power.

Watson’s future will likely be the biggest storyline in the NFL until a trade is completed. These are some of the potential teams that could pursue the quarterback.

Just three weeks ago, a Watson-to-the-Jets trade seemed like it was nothing but fantasy for New York fans, but now it may be the most realistic destination.

According to RADIO.COM Sports NFL Insider Armando Salguero, the Jets are atop the preferred teams Watson would like to join. Watson is believed to be a big fan of new Jets head coach Robert Saleh, whom the Texans did not interview despite Watson's desire for them to do so.

The Jets also have the assets to get a trade done for someone of Watson's caliber done. They have two first-round picks this year, including the No. 2 overall pick, and two 2022 first-round picks. In total, they have 19 picks over the next two years.

The No. 2 overall pick could be attractive to the Texans, too, because they don’t pick until the third round – 67th overall – and the second pick would put them in position to draft Ohio State’s Justin Fields as a potential Watson replacement.

As for the Jets, they would have to move on from Sam Darnold – which could net them more picks to help compensate from the loss of picks for a potential Watson deal.

The Jets may be No. 1 on Watson's preferred list, but the Miami Dolphins are his reported second choice, per Salguero.

ESPN's Chris Mortensen reported earlier in January that Miami was among the teams Watson could consider, adding that a trade package with the Dolphins could include second-year quarterback Tua Tagovailoa to be sent to Houston.

The Dolphins GM has insisted that the team is committed to Tagovailoa, but the left-handed QB did not necessarily blow anyone out of the water his rookie year and it is not unfathomable to think they could part ways with him, especially for someone like Watson. Miami also has the picks to pull off a trade too, including two first rounders and two second rounders this year. The extra picks coincidentally belong to the Texans, which they gave to the Dolphins in the Laremy Tunsil deal. 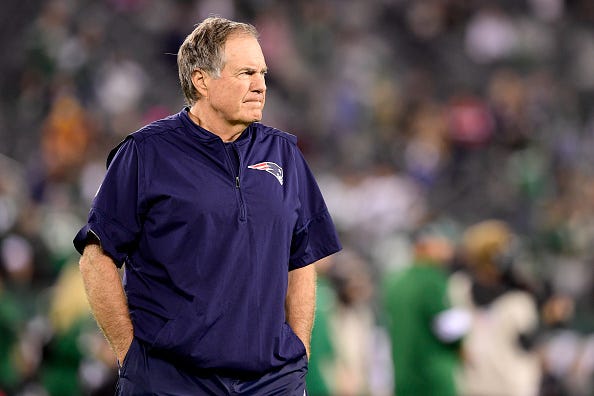 Imagine a world where Deshaun Watson teams up with Bill Belichick? It would immediately put the Patriots right back into the conversation as an AFC playoff contender and suddenly, life after Tom Brady doesn’t seem too bad.

The Patriots have cap space to work with and bring on a contract like Watson's, but like pretty much any team, finding the assets to get him may be difficult. The Patriots do not have an excess amount of draft picks to trade for Watson and already had to forfeit a third rounder for 2021. If the Patriots could somehow acquire more assets, they would be more than an attractive team for Watson to join.

The Washington Football Team let the world know they have a playoff-caliber defense, but what they don’t have is a franchise quarterback. WFT cycled through four different quarterbacks this season, with Alex Smith ultimately settling in the starting role after an incredible journey from a devastating leg injury.

But Smith is 36 years old and the team waived 2019 first-round pick Dwayne Haskins after a tumultuous tenure, leaving them a void at quarterback. Watson would be an ideal fit for a team that is ready to take the next step in the NFC.

But, like the Patriots, the Football Team does not have an excess of draft picks to dangle in a potential trade offer.

The Bears have a dilemma about what to do with Mitchell Trubisky this offseason. The former first-round pick has struggled with consistency since the Bears drafted him in 2017, but he began playing much better toward the end of the 2020 season. The Bears decided to retain GM Ryan Pace, which certainly makes it less likely Chicago would move on from Trubisky.

There are also other factors that put the Bears at a disadvantage -- they are a tad over the cap, so they would need to shed some salary to fit Watson’s contract, and they also don’t have any extra picks to unload, either,. A trade for Watson would not come easy in Chicago. 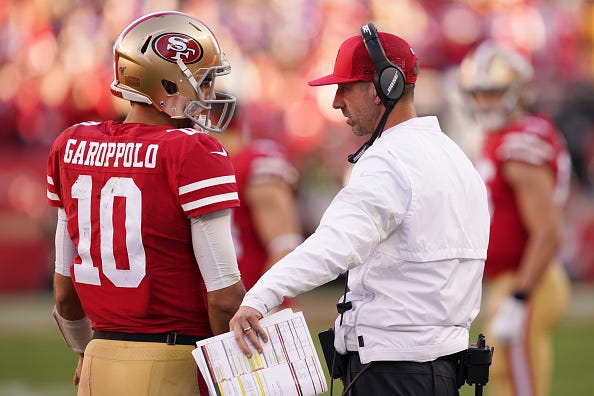 The 49ers have said that Jimmy Garoppolo is their quarterback moving forward, but many around the league are not buying it. The 29-year-old has never reached his ceiling and has been plagued by injuries.

San Francisco could deal Garoppolo for some extra picks they could potentially use in another trade to get someone like Watson, or perhaps Garoppolo is the centerpiece in the potential deal itself. Regardless, finding the assets to make in a trade for Watson would be the Niners' biggest challenge in swinging a deal.

The team makes sense for Watson, though. The Niners are just a year removed from the Super Bowl and have cap space to work with this offseason. A top tier quarterback could be the missing piece of the puzzle to get them back in the postseason.

The Steelers and Saints are grouped together because they are both north of the salary cap and both have aging Hall of Fame quarterbacks who could retire at the end of the season. In fact, it seems like a near certainty that Brees will hang it up after this year.

The Saints are still built as a Super Bowl contender and Watson could immediately fit in and pick up right where things left off. The same rings true for the Steelers should Roethlisberger retire, who is also under contract for just one more year.

Of course, the common denominator in all this is whether or not either team has the assets and cap room and picks to pull off a trade for Watson. They’re no different than anyone not named the Jets or Dolphins, but they do have depth and talent where perhaps adding in a player or two could get the deal done in addition to picks. It may be a longshot, but they would be perfect scenarios for Watson.