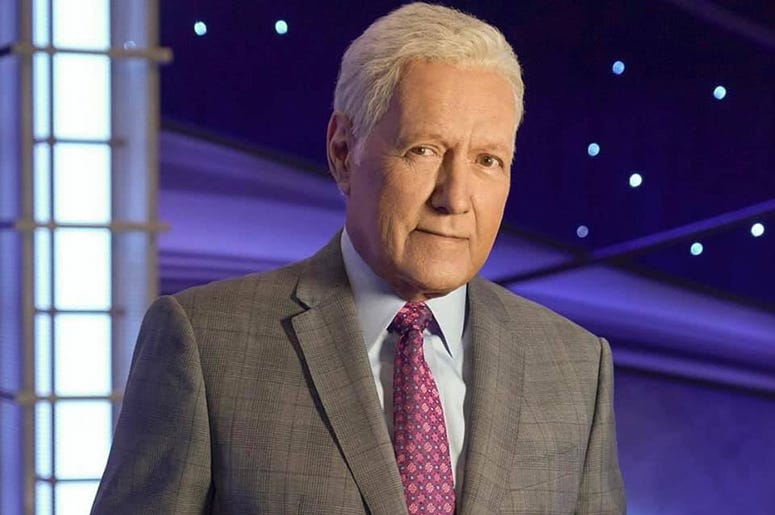 January 8th, 2021 is a very sad day for TV watchers, in particular those who have been loyal to the game show Jeopardy! for many years. It’s the final time we will see a new episode of Jeopardy! hosted by the great Alex Trebek.

Alex passed away due to complications from pancreatic cancer at the age of 80 on November 8th, 2020. Alex began hosting Jeopardy! in 1984 and he's been a constant in our lives and our TV's, but his passing will end that era.

Big Show celebrity correspondent Brad Blanks talked to Jeopardy!'s all-time money winner Brad Rutter ($4.68 million in winnings) about his time with Alex, and he says old wounds will open when he watches the final episode.

Our game show expert Jason Block, who competed on Jeopardy!, was brought to tears when speaking to us about the impact Alex has had on his life. We asked CBS-FM listeners to leave a goodbye message for Alex so we could celebrate his legacy together. Hundreds of fans left heartfelt messages of love, admiration and sadness.

Today is a very sad day, it’s the final time we will see a new episode of Jeopardy! with Alex Trebek as host 😢💔 Leave...

Posted by Scott Shannon in the Morning on Friday, January 8, 2021

Big Show listener Wendy's message read: "My Dad was a Jeopardy freak. He was good enough to win against most contestants. He wanted to go on the show when he retired, but instead had a long battle with colon cancer. I am sure that he is in line to meet Alex Trebek in heaven.  Whenever I watched Jeopardy, I felt close to my Dad because of Alex. I kind of feel like I am losing him again now that Alex will not be a part of my life. Godspeed Alex Trebek."

music
Rita Wilson 'grateful' for her health one year after she and husband Tom Hanks were diagnosed with COVID
music
Miranda Lambert kicks off International Women's Day celebrating some of her own 'leading ladies'
news
How will widespread vaccinations affect concerts, weddings and other large gatherings?
music
16 inspiring movies to watch for International Women’s Day
music
Listen to the Superstar Power Hour with Hillary Scott
music
RADIO.COM's Alternative Pick Of the Week: St. Vincent - 'Pay Your Way In'