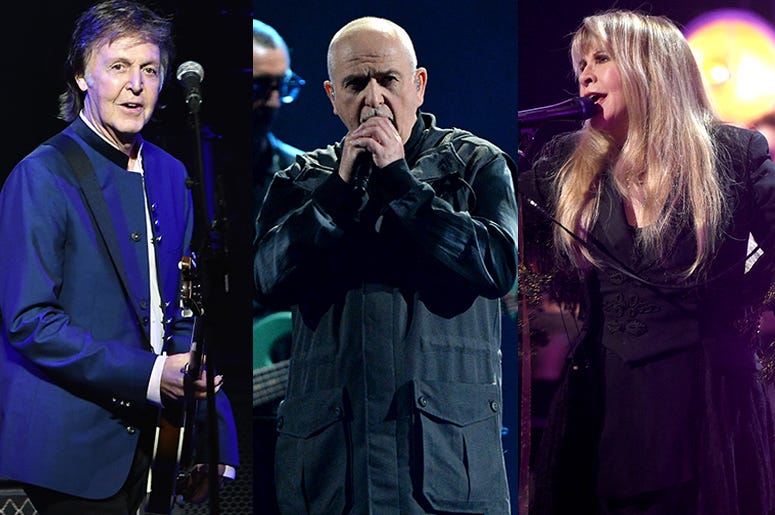 Sometimes you need a change of pace. Even if you have a good thing going, it could be worth it to explore new opportunities to see what else is out there.

This rings especially true in the rock world as it’s not uncommon to see members of some of the world’s biggest bands go their own way and pursue a solo career.

Sure, the list of rock stars who went solo is plentiful, but it doesn’t always work out. In some cases, the best solo careers serve as a perfect accompaniment to their already prolific career.

Here’s a look at thirteen rock legends who have had successful solo careers.

Nicks began her solo career in 1981 and had an incredibly productive decade. She released four solo albums on top of two albums with Fleetwood Mac during the 80s as her debut record Bella Donna went number one. Although it’s being debated whether or not she’ll ever tour with Fleetwood Mac again, Nicks is still active as a solo artist releasing albums in 2011 and 2014.

Peter Gabriel’s former Genesis bandmate went on to have just as impressive of a solo career as he did. While recent news surrounding Phil Collins involves his bizarre lawsuit claiming his ex-wife has taken over his mansion with armed guards, Collins should be recognized for his success as a solo artist as he’s sold more than 150 million records worldwide. With a handful of hits like “In the Air Tonight” and “Sussudio,” you could easily claim Collins’ solo career to be more successful than his Genesis career.

The Lennon/McCartney debate served as a great argumentative exercise for Beatles fans and can do so for their solo careers as well. While Lennon has 11 solo albums to his name, the first of those are three avant-garde experimental projects he worked on with Yoko Ono and the last being a posthumous record. In total, Lennon has had 25 number one singles.

Roth has had a fine career as a solo artist outside of Van Halen. His work as a solo artist sees Roth dip into his eclectic music tastes with his albums incorporating jazz, blues, lounge, rock, and world music sounds.

In The Rolling Stones, Richards is a part of one of the most prolific bands in the world. Commercially, his solo career hasn’t sniffed even a hint of the success the Stones have had. Musically, it’s one of the most interesting on this list. His first single was released in 1978 and was a cover of Chuck Berry’s Christmas song “Run Rudolph Run,” which was backed by a cover of Jimmy Cliff’s reggae classic “The Harder They Come.” Talk about a heck of a combination. Since then, he’s put out three solo albums of which he’s had artists such as Bootsy Collins, Norah Jones, Patti Scialfa, Bobby Keys, Maceo Parker, Bernie Worrell, and others serve as guests.

Paul McCartney just celebrated the 50th anniversary of his solo debut by releasing another brand new solo album. That speaks to the legacy of McCartney’s solo career since The Beatles broke up. In total, Macca has released 26 solo albums if you include his work with Wings. As a solo artist, he’s been the 11th best selling singles artist in the UK with over 10 million singles sold.

Neil Young may have gotten his start in Buffalo Springfield, but he’s best known for his work as a solo artist. He’s released 39 total studio albums and has countless recordings he’s continuing to work on in his noted archives series. Young has employed numerous backing bands in his career with Crazy Horse being his most popular.

It’s hard to top the success The Police had, but Sting managed to forge his own path as a solo artist having released 14 studio albums in total.

Although she may be best known for penning the rock anthem “I Love Rock ‘n Roll,” Jett’s profound solo career has yielded numerous memorable hits. She was inducted into the Rock and Roll Hall of Fame in 2015 along with her band The Blackhearts. Although Jett got her start with The Runaways, her career has been defined by her solo output.

How do you know Ozzy Osbourne is a successful solo artist? Just scream out “ALL ABOOOOOOOOOOOAAARRRDDD” and chances are you’ll get a resounding “aye aye aye” in response. Plus, just check out his reaction to Lil Jon’s “Crazy Train” sample. The Prince of Darkness has had a bevvy of hits throughout his career and continues to put out solo material. 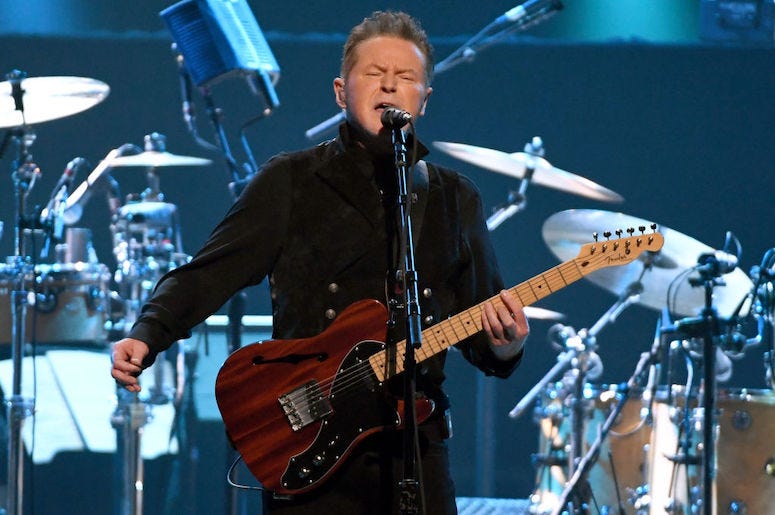 After The Eagles broke up in 1980, Henley began what would become an immensely successful solo career. Releasing hit songs such as "Dirty Laundry," "The Boys of Summer,"and "The End of the Innocence,” Henley has sold over 10 million albums as a solo artist.

Clapton has been a part of numerous bands throughout his career including The Yardbirds, Cream, Blind Faith and Derek and the Dominos, but he may be best remembered for his work as a solo artist. With 21 studio albums in total, Clapton has spent over 50 years as a solo artist.

So you want to talk about Peter Gabriel’s solo career. Well, it starts with his massively successful 1986 album of the same name. So has gone five times platinum and features his iconic tracks “Red Rain,” “Sledgehammer,” and “Big Time.” Gabriel got his start as a solo artist in 1977 nearly two years after he left Genesis. He currently has released nine solo albums in his career.