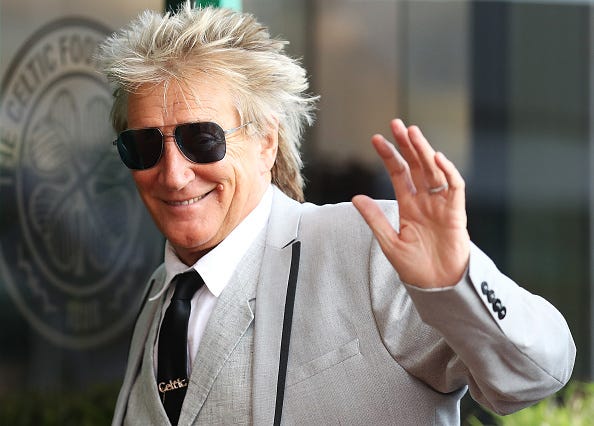 Rod Stewart seems to have started the new year off on the wrong foot.

According to a police report obtained by PEOPLE, the 74-year-old rock legend and and his 39-year-old son, Sean, got into a physical altercation with a hotel employee on New Year’s Eve.

The whole thing went down during a private children’s party at the Breakers Resorts in Palm Beach.

The report notes that the drama began when Stewart’s group, which included some children, was denied entrance.

“The group began to get loud and cause a scene, and refused to follow... instructions to leave,” the affidavit stated.

The situation quickly escalated with the report alleging that Stewart’s son, Sean, shoved the unnamed employee before Stewart intervened by “throwing a punch” and striking the worker in his or her “left ribcage area.”

When police arrived on the scene, the British singer blamed the worker saying he or she “became argumentative with his family, which in turn caused them to become agitated.” However, the report indicates that video surveillance and witnesses confirm that the father-son duo appeared to be the main “aggressors.”

The report states that Stewart eventually apologized for his actions.

The probable cause affidavit noted that Stewart and his son could be charged with simple battery. They’ve been ordered to appear at the Palm Beach County Criminal Justice Complex on Feb. 5. The victim reportedly intends to prosecute.

While reps for Rod Stewart declined to comment, according to Page Six, a source familiar with the situation shrugged it off as an “unfortunate quick, brief misunderstanding and they apologized.

“No one was detained and there were no injuries,” the source added.

On Saturday, Sean told TMZ that Dixon was being very aggressive and that the "truth will prevail."

"I’m not allowed to make a comment, but I will say this: My dad always taught me to stick up for my family and my loved ones," he said. "And that’s what I did and the truth will prevail. Happy 2-20."