From furry friends to iconic stars, the 2019 People’s Choice Awards brought out all of the stops. There were crutches, paws, beautiful gowns, and even some appearances from people who haven’t shown face in a while.

Here are the moments you missed from the 2019 People’s Choice Awards.

Kevin Hart made an appearance

Kevin Hart made his first public appearance since news of his back injury in September. The devastating car crash wasn’t enough to keep Hart from strutting his stuff at the People’s Choice Awards and taking home the award for Best Comedy Act of 2019.

Talk about icons! Jennifer Aniston took home the People’s Icon Award for obvious reasons. She made sure to give a shoutout to “Friends” in her acceptance speech, calling the show “iconic” with an “iconic cast, and an iconic haircut.” Aniston screams “icon!” 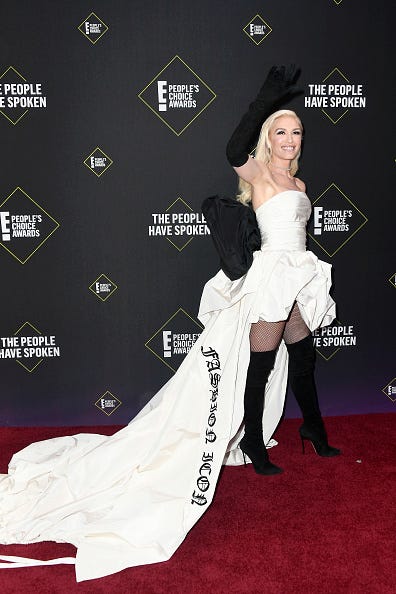 Gwen Stefani had one of the best looks of the evening. Sporting a white gown with a long train and thigh-high black boots, Stefani had fans and boyfriend Blake Shelton alike gawking at the amazing look. She, of course, took home the People’s Choice Award for Fashion Icon this year. 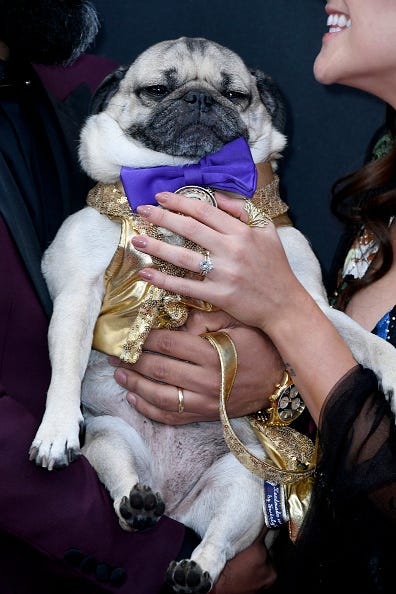 Doug the Pug showed up on all fours

This famous pooch even strut his stuff on the red carpet this year! Doug the Pug took home the People’s Choice Award for Animal Star of 2019, and he looked dapper doing it! 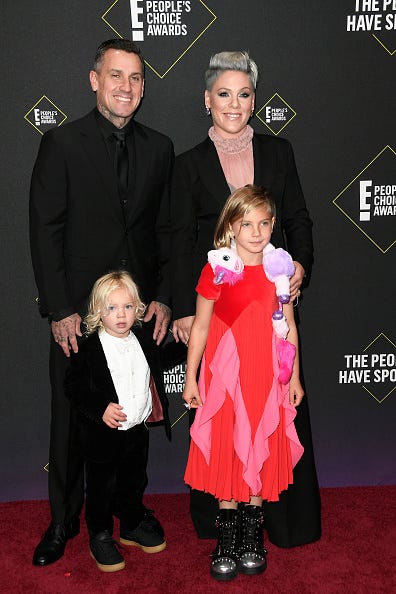 The P!nk family was in it together

P!nk made her People’s Choice moment a family affair. Joined by her kids and partner, the P!nk fam dazzled on the red carpet. The iconic singer even took home the award for People’s Champion. 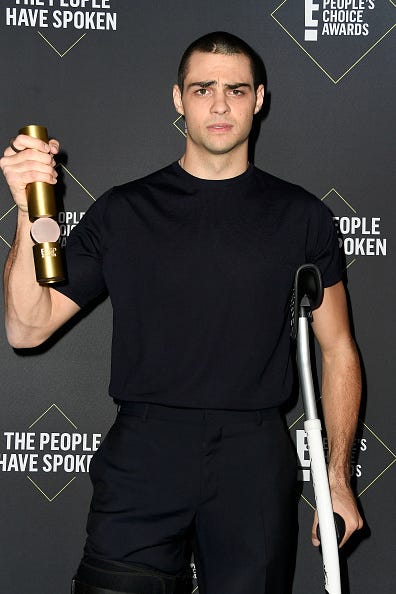 He’s one of the boys we’ve loved before, and that still remains true as he hobbled down the People’s Choice Awards red carpet. As it turns out, the actor underwent knee replacement surgery after hurting himself during a basketball game with his friends. The actor showed up injured, but ready to take home the award for Comedy Movie Star of 2019 for “The Perfect Date.”

While the Kardashians looked as stunning as ever, there was a can’t-miss red carpet interview moment when Kim Kardashian took over the mic while Kourtney Kardashian was talking. As Kourtney attempted to share who she was wearing, Kim Kardashian quickly cut her off with the line, “KKW Diamonds, that’s all that matters.” 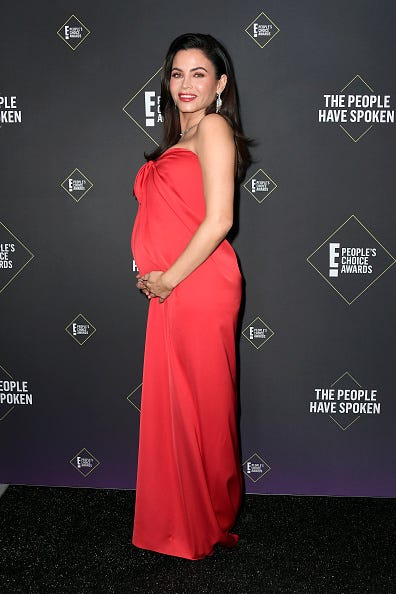 We’ve seen the pregnancy announcements, but now, fans get to behold the glowing mother-to-be herself! Jenna Dewan strutted down the red carpet caressing her adorable baby bump. 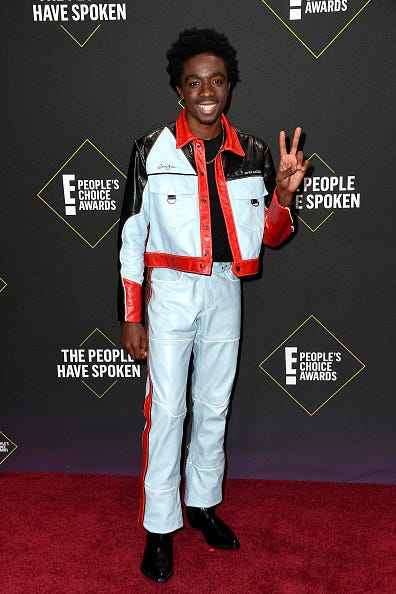 Caleb McLaughlin showed up in style

The People’s Choice Awards have never been stranger. Caleb McLaughlin showed up on the red carpet looking as fly as ever in a baby blue, red, and black jumpsuit.