Zoë Kravitz and her husband Karl Glusman are splitting up.

People obtained court records that reported that the “Big Little Lies” star filed for divorce from Glusman after 18 months of marriage.

A representative of the 32-year-old actress confirmed the split.

In October 2016, both Kravitz and Glusman started dating, and in June 2019, the pair got married at the Paris home of the actress’ father, Lenny Kravitz.

Over the summer, the actress celebrated her wedding anniversary by sharing a sentimental black-and-white photo from the celebration.

“One year,” she captioned the image.

The actor also shared his tribute, calling the actress his “best friend.”

“You’re my best friend... you crack me up and you melt my heart... you call me out on my bulls— and you challenge me to grow... I love you for that. And I’ll do anything and everything for you until the day I die,” he continued. “Now let’s go save the world @zoeisabellakravitz.” 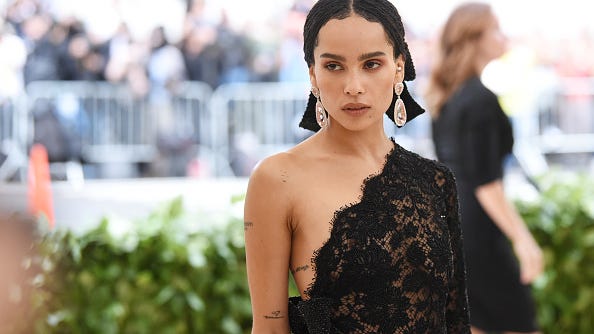 Zoe Kravitz to Play Catwoman in 'The Batman'

Last year, it was announced that Kravitz would take on the role as Catwoman opposite Robert Pattinson’s Batman in “The Batman.”

Social media was all over the announcement with filmmaker Matt Reeves teasing the reports when he tweeted a timely gif of Kravitz saying “hello” into a cell phone. Reeves is taking over the directing of “Batman” from Ben Affleck, who held the reigns until 2017.

music
Bruno Mars is back, this time with Anderson .Paak for new Silk Sonic album
news
Pain in your knees? It could be all that screen time
sports
Adam Silver apologizes to Raptors exec for blaming him for run-in with sheriff's deputy
sports
Chris Sale wants to retire as a Red Sox: 'I have nowhere else to be'
music
RADIO.COM presents '90's Country’ with Kelly Ford every Sunday
news
Rush Limbaugh laid to rest in St. Louis