Joan Jett started having a presence on “Sunday Night Football” in 2006 - at least to those who were familiar with her music - and now she’s going to be there in the flesh.

The rock and roll hall of famer will join Carrie Underwood for a new version of “Waiting All Day for Sunday Night.” The original theme song was based on Jett’s “I Hate Myself for Loving You.”

“I have always been a huge fan of Joan’s, and I’m thrilled that she’s joining us for the “Sunday Night Football” open,” Underwood said. “What better way to pay homage to the original “SNF” opening song than by getting to play with her on prime time’s biggest stage?”

And you've been WAITING ALL DAY FOR IT. @carrieunderwood and @joanjett are bringing back our iconic opening song this season: https://t.co/CKakj8arWd pic.twitter.com/q5o03f86CE 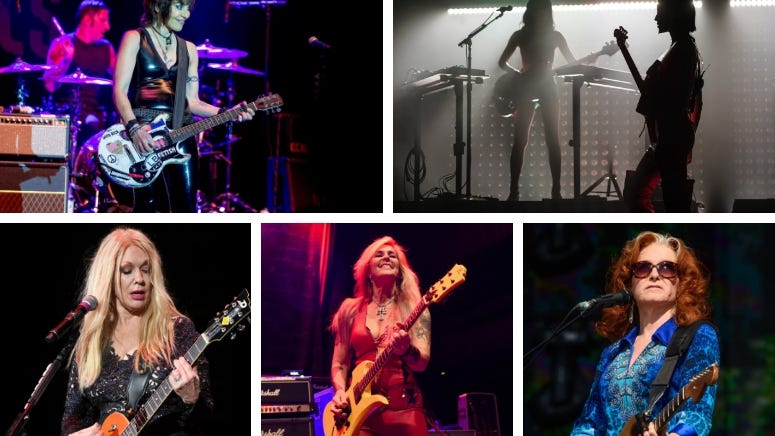 The show open was filmed at Mercedes-Benz Stadium in Atlanta. A sneak preview will air at halftime of this Sunday night’s pre-season game between the Steelers and Titans, and the full segment will debut on September 8.

Jett and Underwood already have experience sharing the big stage. The “I Love Rock ‘N Roll” singer was a surprise guest during the country star’s set at CMA Fest.
The two blazed through a medley of Jett’s hits.”