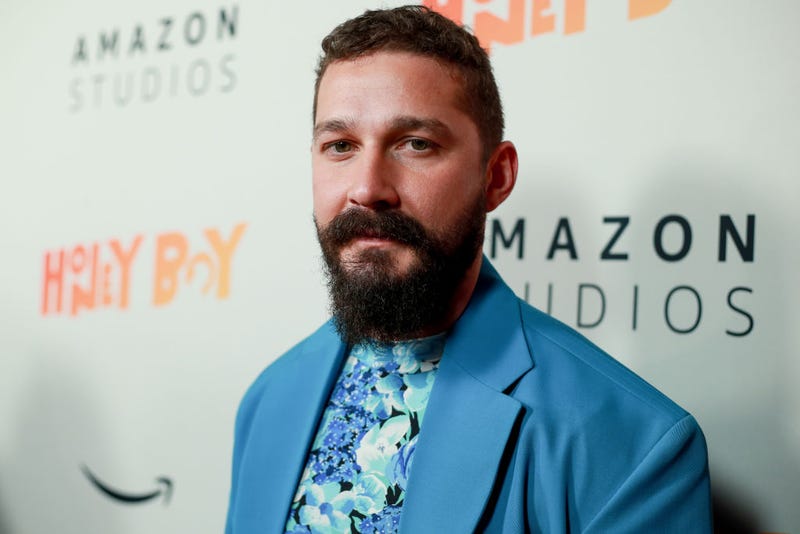 Shia LaBeouf just got personal during a conversation on "Variety Studio: Actors on Actors." The star of new movie "Honey Boy" said he does acting for his happiness.

LaBeouf sat down with actress Kristen Stewart and opened up.

When Kristen Stewart reads a book, she reads out loud: "I want to say the things. I want to indulge in the thing as much as I possibly can because there's something in there that I'm needing" pic.twitter.com/PNC7BmT5Sn

“The most intimate moments of my whole life happened on set,” LaBeouf said. “I don’t know if there’s anything more intimate than creating something with somebody. I think I’m deeply dissatisfied in life," he continued.

“Yeah, but, this is your life,” Stewart said.

“Exactly. This is where things get tricky for me, it isn’t my whole life. I have to get OK with that," LaBeouf said. "That’s usually where things go awry for me. When I’m not on a set, life gets hard," he added.

Stewart then asked the actor if he does anything else to make him happy. LaBeouf then responded, "No, this is why I’m trying to develop. Trying to grow."

"Maybe I will. I won’t like pottery in life, but I will love pottery on set," LaBeouf said.

While accepting a screenwriting award for his autobiographical film “Honey Boy” at the Hollywood Film Awards on Sunday, LaBeouf thanked the arresting officer who booked him in 2017 for public drunkenness, according to USA Today.

"I want to thank the police officer who arrested me in Georgia for changing my life," he said.