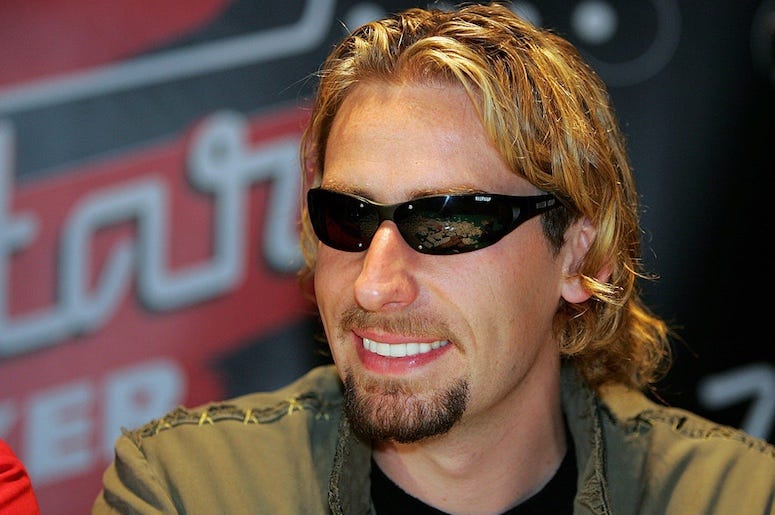 They’ve been on the receiving end of scorn and ridicule for so long now that Nickelback has come full circle by making fun of themselves.

Nickelback stars in Google’s latest commercial promoting Google Photos and the Canadian rockers play a hilarious spoof on their “Photograph” video. The video kicks off with various tabs of frontman Chad Kroeger’s photo memories before it shows a folder labeled “Desserts.”

“Must have shot about a million more / Of my dessert but I don’t know what for,” he sang as it became abundantly clear this video was about to take a funtastic turn.

The commercial then cuts to photos of Kroeger’s signature blonde curly locks next to photos of ramen noodles .”Falling down the photo rabbit hole / Is it my hair or just a ramen bowl,” he sings.

“Every memory regretting all my hair styles / If you wove it all together it would go for miles,” he continues.

As with most things Nickelback does, the band divided the internet this summer when they released a cover of the late Charlie Daniels' iconic "The Devil Went Down To Georgia."

“I was only five years old when that song came out and it remains one of my all-time favourites,” Kroeger said in a statement at the time.

“It was a fun song to tackle and brought back so many good memories for us all. When Charlie passed last month, the world lost a music icon. I hope our version will bring half as much joy as his did for me and so many others.”