A brand new Ozzy Osbourne documentary premiered Monday, September 7 on A&E which looks deep into the life of the singer, family man and “Prince of Darkness” from his humble beginnings to his rise to stardom and all of the stories that fall in between.

Among the tales in Biography: The Nine Lives of Ozzy Osbourne, is one about the time Ozzy, while on drugs, “decided” his wife Sharon, also on drugs, had “to die.”

Sharon remembers the event vividly as she tells the story:

“He came into the room,” Sharon explains. “I had no idea who was sat across from me on the sofa but it wasn’t my husband. He goes to a stage where he gets that look in his eyes, the shutters were down and I just couldn’t get through to him. And he just said, ‘We’ve come to a decision that you’ve got to die.’”

That’s when he began to choke her.

“He was calm, very calm,” Sharon says of her husband’s demeanor while this was unfolding. “Then suddenly he lunged across at me and just dived on me and started to choke me. He got me down on the ground on top of me and I was feeling for stuff on the table. I felt the panic button and I just pressed it and the next thing I know, the cops were there.”

Ozzy has no recollection at all of the event, only that he woke up refreshed in a jail cell.

“I felt the calmest I had ever felt in my life,” Ozzy says. “I was just peaceful. All I remember is waking up in Amersham jail and I asked the cop, ‘Why am I here?’ And he says, ‘You want me to read your charge?’ So, he read, ‘John Michael Osbourne, you have been arrested for attempted murder.’”

Ozzy was given six months in medical detention, while Sharon stood by her man with some serious conditions.

Sharon says, “I told him, ‘I don’t want the money, but if you do this again, either I am going to kill you or you are going to kill me. And do you want that for the kids?’”

It's an incredible revelation that serves as a testament to the perils of drug use as well as the love and devotion of a couple who have fought to survive together since 1979.

Did you enjoy the Bio on @AETV last night? #OzzyBio pic.twitter.com/uJKdj1Q3bN

Other topics tackled in the two-hour program span from the now 70-year-old’s upbringing in poverty to his years fronting Black Sabbath and his own solo career, as well as his more recent reinvention as a loveable television dad and his struggles with Parkinson’s disease.

The couple also gave some hints at the future of Sabbath, and spoke about the upcoming biopic that is currently in the works. 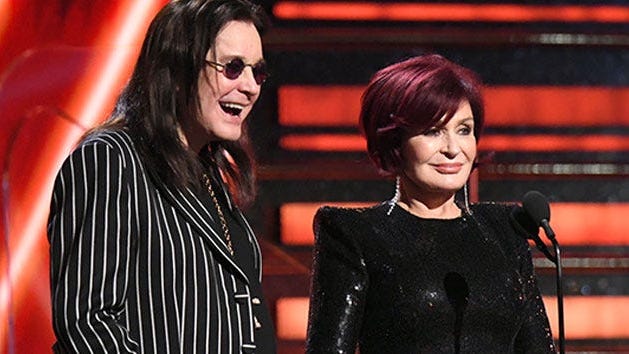 Upcoming Ozzy Osbourne Biopic Will Be an 'Adult Movie for Adults'

sports
Patriots’ Chase Winovich calls New Hampshire a ‘God-tier’ state
music
‘Rebelde’ regresará en Netflix: Conoce el nuevo elenco
news
CDC to announce guidelines for those who are fully vaccinated as early as this week
sports
Shannon Sharpe doesn't like Mike Tomlin pointing fingers at others after Eric Bieniemy gets shut out
sports
Dan Campbell predicts Duce Staley will be a head coach in future
news
All known variants of COVID-19 have been discovered in Houston