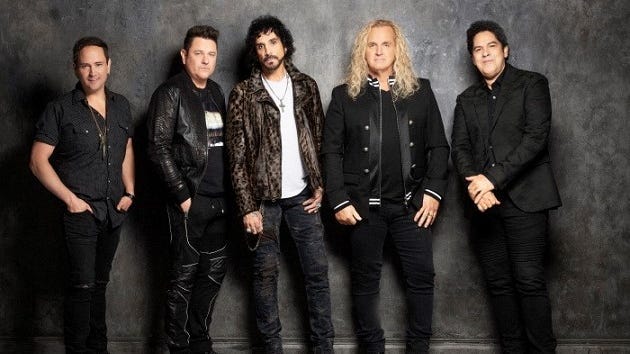 The star-studded group, which is rounded out by veteran session guitarist Chris Rodriguez and multi-instrumentalist Tom Yankton, will make its live debut on Wednesday, October 28, with a show at Nashville's Marathon Music Works. Proceeds from the performance will benefit the ACM Lifting Lives COVID-19 Response Fund. Tickets are available now at MarathonMusicWorks.com.

A glimpse into The Rise Above's planned set list reveals that the band will be performing well-known songs by Castronovo's and Scheff's famous former bands -- including Journey's "Don't Stop Believin'," "Open Arms" and "Any Way You Want It," and Chicago's "25 or 6 to 4," "Stay the Night" and "Will You Still Love Me" -- as well as by Rascal Flatts.

The Rise Above also has been working for the last nine months on a debut album that expected to be released in 2021. According to a statement, the band's goal is "to bring '80s rock and classic music back to life."