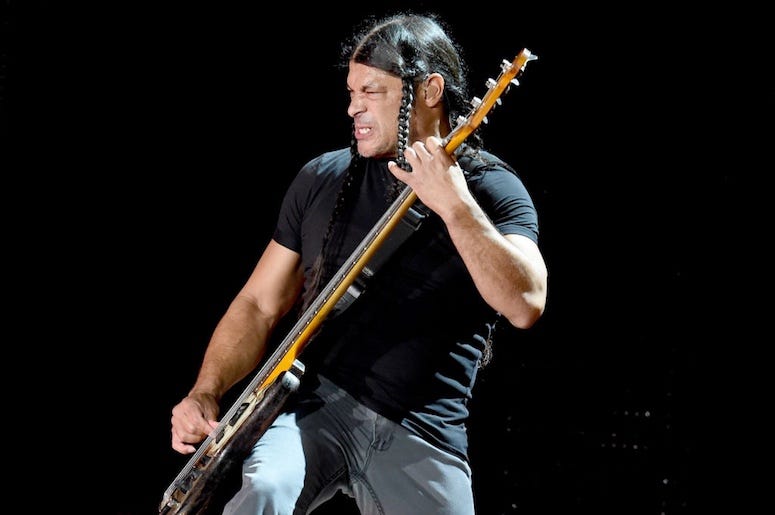 Many famous celebrities got their start in show business when they were kids. Fortunately, a lot of these instances have been documented and when you watch back on it you can go, “wow that is (insert random celebrity)!”

Just in time for Halloween, the internet has uncovered this fun fact. Metallica bassist Robert Trujillo appeared on the Halloween episode of CHiPs in 1982

Who’s this little Rocken Boy? a:1982 Halloween episode of CHiPs is famous for its Kiss-inspired storyline, but the episode is notable for the inclusion of a future rocker: Metallica bassist Robert Trujillo.
Viewers can’t be blamed for missing the aspiring metalhead in the episode pic.twitter.com/gaRqhnJQKN

Trujillo was 18 years old when he made his appearance on the episode famous for its KISS-inspired storyline. Trujillo played the character, Flippy who, get this, was arrested after he put pumpkins in the street for cars to smash as they ran over it.

In the episode, Trujillo is befriended by Erik Estrada’s character Ponch. Ponch gets him out of trouble in return for agreeing to chaperone younger kids as they go trick-or-treating.

Later on in the episode, Ponch saves Flippy’s life as he pulls him from underneath a fuel tanker moments before it bursts into flames.

If you take a look at Robert Trujillo’s IMDB page, you’ll find an extensive list of acting credits.

Aside from CHiPs, Trujillo has received acting credits in TV shows like Billions and The Simpsons while acting in films like Encino Man and House Calls.