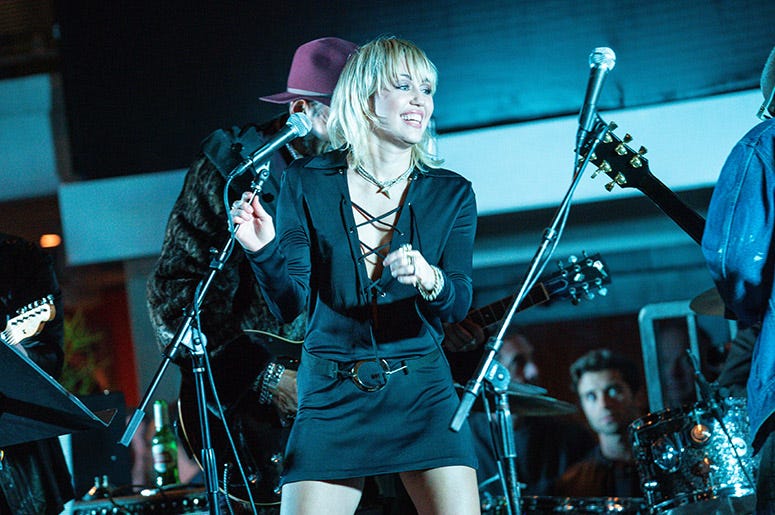 Miley Cyrus fans are propelling her 2009 throwback hit “Party in the U.S.A.” back to the charts following President-Elect Joe Biden’s general election win.

It seems Miley instigated the stream storm earlier in the day with a tweet congratulating the President-Elect to the tune of “Party in the U.S.A.” The doctored video is taken from a September Florida campaign stop where Biden played "Despacito” on his phone to attendees. Cyrus’ video has the phone blaring out her patriotic hit. “Now THIS is a PARTY IN THE USA! @JoeBiden @KamalaHarris,” she tweets.

Now THIS is a PARTY IN THE USA! @JoeBiden @KamalaHarris 🇺🇸🎉 pic.twitter.com/zFKL1ncuSa

But Miley wasn’t done celebrating the Democratic candidate’s win. She followed it up with a retweet depicting fans across the country, lining the streets to sing her song.

Cryus has made her support for the Biden/Harris ticket public leading up to the general election. She hosted an Instagram Live interview with then Senator Kamala Harris to discuss voting rights and President Trump’s debate performances. “Donald Trump stood on that debate stage in the last debate and refused to condone white supremacists and in fact said, ‘Stand back, stand by.'”

WATCH MORE: Miley Cyrus Reveals What Made Her Want to Quit 'Hannah Montana'

Miley is hard at work on a new album Plastic Hearts, set to drop November 27. The artist’s seventh studio album promises a new sound for a new decade. "Just when I thought the body of work was finished it was all erased. Including most of the music's relevance. Because everything had changed,” she tweeted in a message to fans.