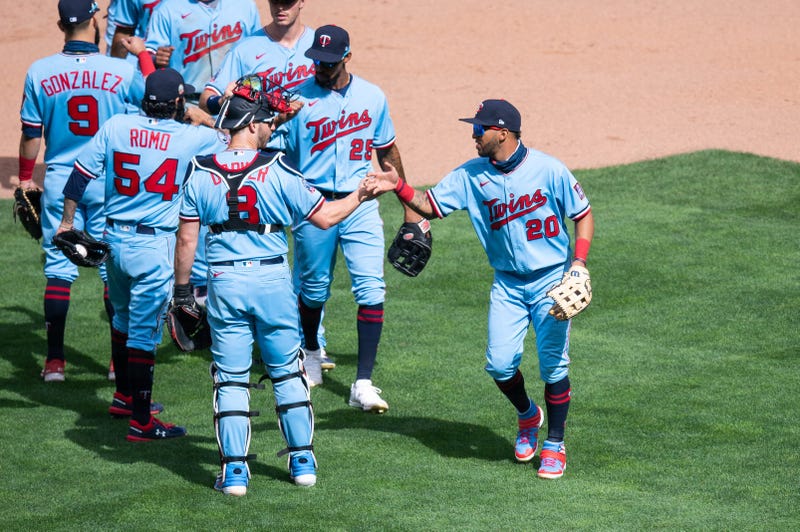 The Minnesota Twins are undefeated in September! That’s exceptionally great news for Minnesota baseball fans considering the team lost its last six games in August for the longest losing streak in two seasons.

The week began with an epic collapse by the Twins’ best bullpen arms in the sixth loss of the streak, an 8-5 defeat at the hands of the red-hot Chicago White Sox. Minnesota finally turned it around, though, closing out the series victory with two wins — 3-2 on Tuesday and an 8-1 drubbing on Wednesday.

Are the Twins back on track now as they look to embark on the last 25 games of the season?

Jose Berrios’ struggles to live up to being a true ‘ace’ pitcher have been well documented this season, but his most recent start against the White Sox was encouraging and an indication he could live up to that on a more consistent basis.

This was arguably his best start of the season, in the same conversation with his one-hit, Aug. 20 start against Milwaukee. He struck out eight and allowed three hits and one run across six innings on Wednesday. That outing lowered his ERA to 4.29.

As @BertBlyleven28 always says, pitchers are the best athletes on the field. --@Twins | #MNTwins pic.twitter.com/pkKQuVWO5V

Before Berrios got back to top form on Wednesday, Michael Pineda made his 2020 debut in his return from an MLB PED suspension near the end of the 2019 season. Despite not pitching to a major league opponent in more than a year, Pineda made it through six innings in the close 3-2 Twins win.

He allowed six hits and two runs and struck out four batters on 81 pitches. Not only was Pineda’s return welcome for the Twins starting staff, his six-inning, two-run outing that gave Minnesota a real chance to win. It had to have been a sigh of relief for a team reeling on the mound.

That sigh of relief may have been even sweeter after a disappointing outing from Rich Hill to open the series against the White Sox. Hill made it through 3 1/3 innings giving up three hits, two runs and four walks on 65 pitches. After that, the Twins had to dip into the bullpen early in the game and manager Rocco Baldelli used five of his best and most reliable relievers. Unfortunately for Baldelli, three of them gave up more runs to sink Minnesota for the sixth loss in a row.

Those five pitchers used in Monday’s game were Tyler Duffey, Tyler Clippard, Trevor May, Sergio Romo and Taylor Rogers. Watching the Twins both in 2019 and 2020, that is unmistakably the late-inning, close lead lineup for Baldelli to close out an airtight game.

Unfortunately, Clippard gave up two runs, May gave up a run and three runs scored with Rogers on the mound to break a 5-5 tie. No runs were earned against Rogers thanks to uncharacteristic defensive errors behind him. Thankfully, Pineda and Berrios pitched longer into each of the next two games following the Twins’ long losing streak, and the relievers that were brought out had stronger outings to preserve the two wins.

In the close one-run Twins’ victory on Tuesday, each of the three relievers combined to allow one hit and no runs, preserving Pineda’s work. While Caleb Thielbar gave up the lone hit in the final three innings, he struck out two batters along with Matt Wisler, who recorded the save in his ninth-inning appearance. Both Thielbar and Wisler now have a sub-2.00 ERA while Thielbar has a 1.69 and Wisler is further down with 1.08 in 16 2/3 innings this season.

Wednesday’s 8-1 rout was another example of an effective bullpen. Jorge Alcala pitched two scoreless innings, recording two strikeouts and allowing one hit on 27 pitches, and Devin Smeltzer finished out the game with a 1-2-3, 10-pitch inning to preserve Minnesota’s 8-1 victory.

DONALDSON, BUXTON AND PINEDA BACK; KEPLER AND ARRAEZ OUT

Minnesota got some good news at the start of the series. Josh Donaldson and Byron Buxton made their returns to a lineup desperately in need of normalcy and effective hitting. Pineda also made his season debut in Tuesday’s win.

Donaldson didn’t get into the series until the finale on Wednesday and went 2-5 with a double and two RBI. Buxton got into Tuesday’s victory and went 2-4 with one RBI. He also made a run-saving catch in left center as he leapt up to the top of the outfield wall to keep Chicago from an extra base hit.

Both Max Kepler and Luis Arraez left Wednesday’s game with injuries. Kepler has a groin injury and Arraez struggled running to first base in the sixth inning and was removed from the game. Although big pieces came back for the Twins, they will also need Kepler and Arraez to return as soon as possible.