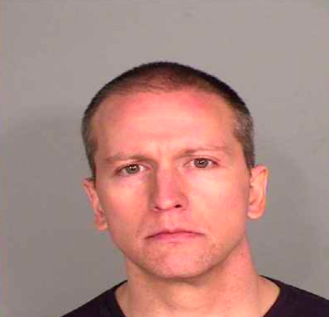 Media was permitted to view the distrubing footage at the Hennepin County building Wednesday from officers J. Alexander Kueng and Thomas Lane, totaling more than an hour of the man’s final moments at 38th and Chicago on May 25.

We knew the sequence of events from a widely-circulated bystander video. With the release of transcripts we know how Floyd pleaded with officers, using the word “please” and “I can’t breathe” dozens of times. That he bargained with officers to not have to go inside the squad car citing claustrophobia, anxiety and recovery from COVID. We also know that Lane more than once said, “should we turn him over?” and Kueng took Floyd’s pulse only to report he couldn’t find one.

The video, which viewers were prohibited from recording, fills in details of the encounter from a close perspective, including a gun being drawn at the very outset, and Lane performing chest compressions on a limp and lifeless Floyd inside an ambulance. It also does not answer questions about why officers remained on top of Floyd after his stream of guttural moans and exasperated cries tapers to silence.

When Lane approaches the driver side door of an SUV across the street after the call from Cup Foods, Floyd opens the door immediately repeating, “I’m sorry.” Lane tells him to show his hands as Floyd keeps talking. Within 10 seconds, Lane points his gun at Floyd and says, “put your expletive hands up!” Floyd explains he’s been shot by police before and appears frightened.

Early on he says, “I’m not a bad guy!” something repeated by his passengers who spoke to Lane on the sidewalk.

The officers speculate if he’s on drugs. Lane later said to an EMS worker that Floyd’s behavior was “agitated” and “paranoid.” Lane also says Floyd would not show his hands and resisted getting out of the car, and “kicked” his way out of the squad. Kueng said he was “fidgety” and uncooperative.”

Almost immediately when he’s on the ground Floyd says he can’t breathe and calls for his deceased mother. Minutes later Lane comments as he holds onto Floyd’s feet: “My knee might be a little scratched, but I’ll survive.”

The body-worn camera video also shows a close-up view of a limp, motionless, wordless and still handcuffed Floyd being lifted onto a stretcher. While Kueng goes back to continue the forgery investigation talking to the 2 occupants Floyd was with and then Cup Foods management, Lane performs chest compressions on Floyd inside an ambulance. Dispatch audio shows Floyd in cardiac arrest, but first responders move a few blocks away instead of straight to the hospital.

His eyes half shut, the paramedics take over with a device and Lane exits.