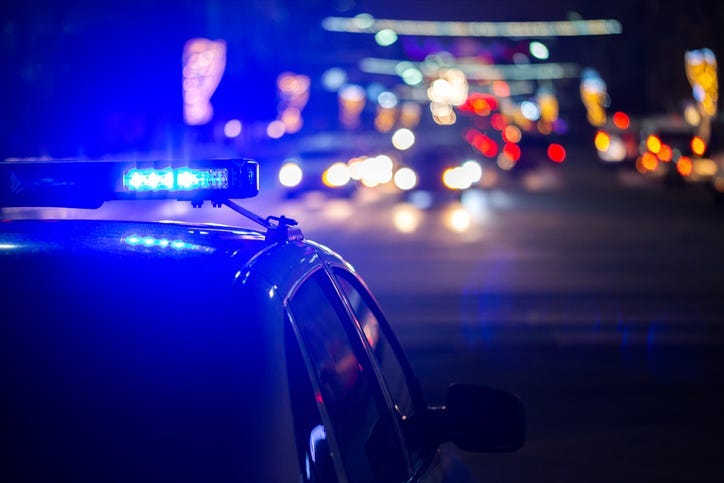 A cop was arrested.

Derek Chauvin, the suspect who appears to kneel his full weight on George Floyd's neck while he begged for help, gasping that he couldn't breathe, was charged with 3rd Degree Murder and Manslaughter. Video of the incident sparked a series of violent protests that rocked Minneapolis the last three nights.

Minnesota Sen. Amy Klobuchar, who is being vetted to serve as Joe Biden's vice presidential running mate, called the charges, "The first step towards justice." Notably, Klobuchar did not prosecute Chauvin years ago on an earlier charge.

Police officer Derek Chauvin has been arrested and is in custody for the murder of George Floyd. The first step towards justice.

Chauvin reportedly had 12 complaints against him in a 19-year career.

Chauvin was involved in multiple shootings, per reports, including one in 2006 where alleged suspect Wayne Reyes was shot several times. Reyes was killed after several officers fired multiple shots, according to the records. In the same year, Chauvin and seven others were named in a federal lawsuit filed by an inmate at the Minnesota Correctional Facility at Lino Lakes. The case was dismissed in 2007.

Chauvin's name was known on the streets after the video surfaced and community leaders across the country called for his arrest. Mayor Jacob Frey joined the throng of voices immediately following Floyd's death while others, including Walz, urged time for a full investigation.

Since then, the city has been accused of essentially sitting on its hands while fires burned and looters threatened local business. Police were ordered not to intervene while the 3rd Precinct burned last night and rioters celebrated with fireworks in the streets. In reaction, President Donald Trump threatened military action and blamed city leaders for incompetence.

There's no word yet on whether the three other officers initially involved in Floyd's arrest will also be charged.

A camera crew managed to capture the reaction of some friends of Floyd and members of the local community as soon as the arrest news was official.

Black leaders in Minnesota and friends of George Floyd are at a press conference at Minneapolis City Hall.They just found out that Derek Chauvin was arrested. This is their response:pic.twitter.com/DLzkIORgsq

"We are not satisfied with one officer. All of them were complicit in this murder and they all need to be held accountable," one community leader said.

For his part, Frey praised the arrest, saying, "What’s happened in Minneapolis is bigger than any one city and any single event. For our b lack community who have, for centuries, been forced to endure injustice in a world simply unwilling to correct or acknowledge it: I know that whatever hope you feel today is tempered with skepticism and a righteous outrage. We are a nation at a crossroad, and today’s decision from the County Attorney is an essential first step on a longer road toward justice and healing our city.”