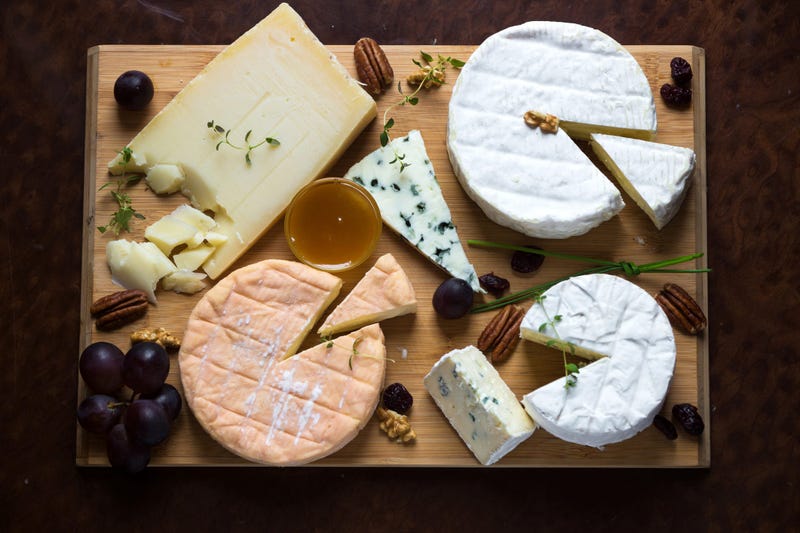 Some of the biggest news in food in the Twin Cities in July was that Alemar, the nationally recognized maker of soft cheeses, based for a decade in Mankato, was moving to Minneapolis to be part of the Food Building in Northeast.  On this week’s Off the Menu we talked with Kieran Foillard, Food Building founder, about all the good new developments there. But what if you just want to celebrate by buying a lot of good Alemar soft cheese and then cook with it? I got you!

Camembert and Mushroom PastaDid you know if you cut off the rind and eat it—it’s edible, you know—you can use the inside to make an insanely good and gooey sauce for pasta? This is a true fact.

Ina Garten’s Camembert and Prosciutto TartinesThis is just a recipe for slices of bread, with stuff up top and warmed—and that is a glorious thing. If you get the loaf of bread called the “miche” at Patisserie 46 it’s exactly like the Poilane bread they recommend in this recipe. If not, it’ll still be good. What a sandwich!

Brie and Apple TartUnroll some puff pastry, put whatever little odds and ends you have left over from your cheeseboard on the puff pastry along with some apple slices—what a lovely kick-off to a meal.

Grilled Radicchio with Creamy CheeseWhat’s the difference between brie and camembert? They’re basically the same thing.  The names come around because in France they come from different regions.  But they’re both cow’s milk cheeses, and the rind is basically identical. Brie is bigger and, here’s the big difference, has cream blended in with the milk—a triple cream brie has three times more cream than usual. If you’re looking for a new thing to grill this summer, quarters or halves of grilled radicchio with a bit of brie or camembert melted on top—gorgeous.

Roasted Red Peppers, Brie, and Beef SandwichesI used to make something similar to this when I worked in a restaurant. First you roast red peppers, then marinate them overnight in olive oil, lemon, and garlic. Put the peppers on a sliced baguette, lay some brie on the top, broil till it gets melty. Amazingly good sandwich. This version has you add steak, and I think you could just substitute deli roast-beef, but any which way that’s a deluxe cold summer dinner. Maybe on the boat?