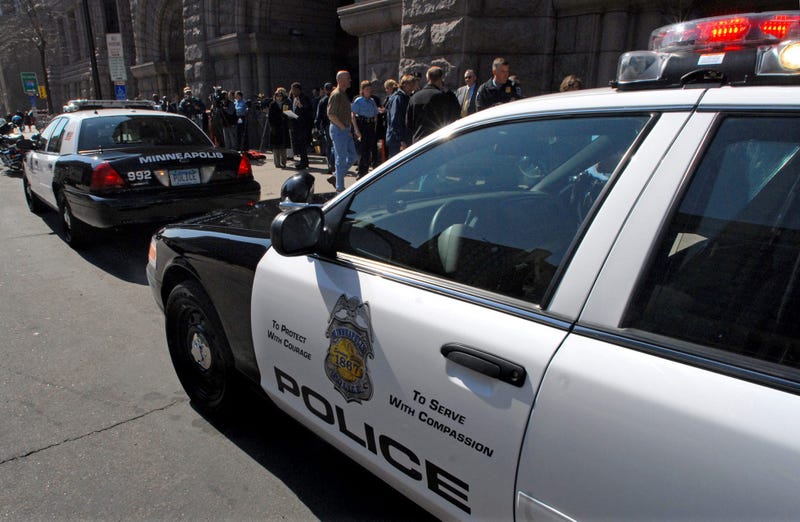 Alondra Cano, City Council Ward 9 representative, spoke with Dave Lee on WCCO-Radio giving her opinion on the matter. Cano said that the change won't be made overnight, but that something had to be done after years of reform has failed to work.

“Many of us tried so much to do reforms and those reforms never seemed to be enough to stop someone like officer Chauvin from committing murder in broad daylight,” Cano said.

Although most of the Minneapolis City Council has shown support for defunding and dismantling the city’s police, Minneapolis Mayor Jacob Frey has said otherwise.

Frey spoke up at a protest on Saturday saying that he was not for abolishing the entire department which was met with boos and the crowd chanting “resign.”

Despite the Mayor’s thoughts on the matter, the city council moved forward with their plan and will begin laying out the groundwork to dismantle the Minneapolis Police Department.

The Minneapolis City Council has asked for community suggestions and met with several groups to present their recommendations on what should be done. Among the groups there included Minnesota’s Council on American-Islamic Relations, two Black Lives Matter chapters and the Minneapolis nonprofit Communities United Against Police Brutality.

Among the suggestions included having officers carry their own liability insurance, ending “warrior” training for officers and the use of no-knock warrants. These suggestions would be filtered in to a new department built from the ground up instead of reforming the current one.

When a police department is dismantled it can happen in a variety of ways. The city can reallocate some funds away from the department, they can strip all funding or they can completely dissolve the department.

While some people aren't exactly sure what this means, Political comedian John Oliver offered this explanation, "Defunding the police absolutely does not mean that we eliminate all cops and succumb to the Purge"

Protestors are calling for the city and state funds to be directed to community health, education, infrastructure, welfare, housing and other vital programs instead of police officers. Black Lives Matter co-founder Patrisse Cullors spoke out on what she believes needs to be done in an interview with Boston's NPR station.

“The demand of defunding law enforcement becomes a central demand in how we actually get real accountability and justice,” Cullors said in an interview with WBUR, “because it means we are reducing the ability of law enforcement to have resources that harm our communities.”

When the New York Police Department pulled back on “proactive policing” in 2014 and 2015 it was found that 2,100 fewer crime complaints were reported, according to a 2017 report.

This would not be the first time that a city wanted to disband an entire police department.

Camden, New Jersey is known for doing this in 2013. Since then the city has seen improvement in their police and resident relations.

Camden was plagued with violent crime prior to the dismantle and since then has seen a dramatic drop in such crimes. In 2012 Camden had 67 homicides recorded in comparison to 25 last year, according to Bloomberg.

Camden took several different approaches to restructure its police force. The mayor and city council dissolved the local police department and signed an agreement that would allow the county to provide shared services. Along with this, officers received de-escalation training and body cameras as well as more cameras and devices to detect gunfire throughout the city, according to Bloomberg.

In 2019 Camden worked with New York University’s Policing Project and adopted an 18-page use-of-force policy. This gives the department a clear definition of what “reasonable” force in the line of duty is.

Due to the changes that were made reports of officers using excessive force have dropped 95% since 2014, according to Bloomberg.

Those in support of the “defund the police” movement say that it is more about addressing systemic problems in policing in America. Supporters also want to see improvements in the community instead of spending money on policing. They want to see more money spent on community needs like housing and education.

According to data compiled by the Urban Institute, state and local governments spent $115 billion on policing in 2017.

Minneapolis City Council Member and son of the Minnesota Attorney General, Jeremiah Ellison took to Twitter explaining his thoughts on the police and their “massive budgets.”

Let me clarify:It’s not just their massive budgets and massive annual increases to their budgets...I’m specifically talking about settlements... we payout—sorry, taxpayers pay out—millions each year.Millions.And it’s seems to be more and more, year after year.

The Minneapolis City Council has not yet released their exact plans for defunding or dismantling the Minneapolis Police Department but are expected to have a clearer path within the next few weeks.