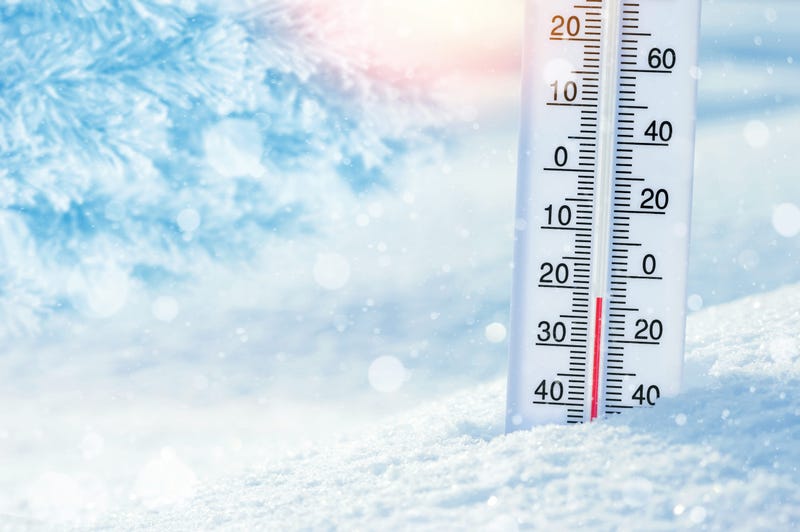 Blizzard warnings are posted for western and southwestern Minnesota while a Winter Weather Advisory stretches through the Twin Cities into south central and southeastern Minnesota.

The website Thrillist just ranked every state by how miserable its winters are this past January.  It's a list they've done before, and they've shown no love for Minnesota. We're the most miserable.  Thrillist goes on to say, "How can you remain so upbeat when you get all the winter weather patterns? Alberta clippers? Sure. Panhandle hooks? You betcha! Parts of northern Minnesota see up to 170 inches of snow in a winter. One hundred seventy inches! That’s like two and a half times the height of Kent Hrbek!!"

They're correct, for the most part.  We get our share of snow and Alberta Clippers.  But, really, it's not so bad. This winter has been relatively comfortable for Pete's sake.

However, later this week we'll prove 'em right again.  Wednesday, later in the day, then Thursday and Friday morning will be pretty rough, likely the coldest air we get all of this winter season.  And Mother Nature is going to tack on just enough snow before temps drop to annoy you a little more.

An Arctic front will blast across the area Wednesday afternoon. Expect light snow, brisk winds, and blowing snow. Following that, very cold wind chills are expected.  Western Wisconsin should see a little heavier snow then we're getting in Minnesota.  Then, into Wednesday evening, the cold air will plunge quickly in from the Northwest.  Temps will plummet from the low 30's, to single digits in just a few hours.

We'll wake up to wind chills in the -20 range around the metro Thursday, -30 further north and west with some places approaching -40.  It'll be just as cold Friday morning before we start to recover slowly through the weekend.  Brrr.

WCCO Meteorologist Paul Douglas says, "Maybe an inch of snow from a clipper Wednesday with a high of 33.  Behind the clipper, the floodgates open up, but for only two days.  Not two weeks. Two days of chill.  Thursday it'll be sunny with 8 above for the high.  You'll wake up to 13 below on Friday with a high of 12.  We're back to maybe mid-30's by Sunday, so it's not going to stay polar for long."

Now, here's the really good news.  Computer models are now hinting at a warming trend the end of February, with the jet stream blowing into Minnesota from the Pacific Northwest.  That atmospheric condition pushes the coldest air well north of Minnesota and moderates our temps, keeping them well above average.

While winter is far from over (as we've learned the hard way), this could very well be our last battle with polar temps this season.