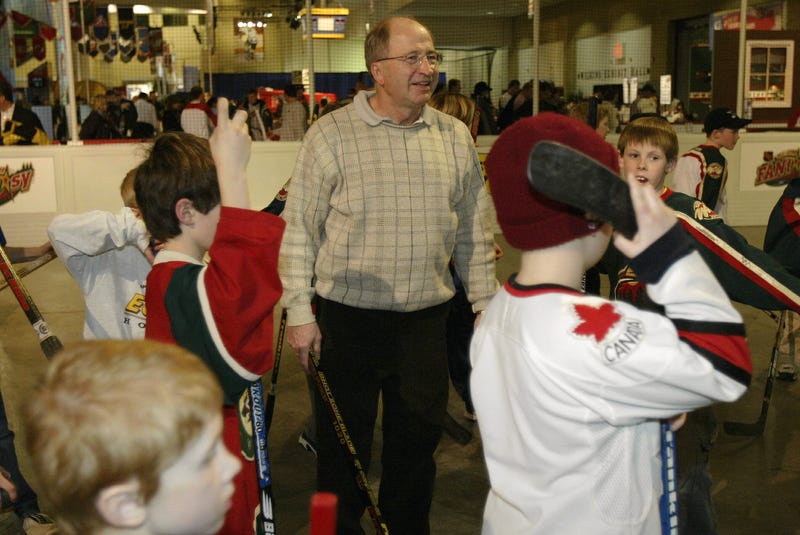 Doug Woog, who for 14 years was the head coach of the Gopher Hockey team, has died at the age of 75.  An icon in the state of Minnesota and the sport of hockey, Woog starred on the ice for South St. Paul High School and played three years at the U under the legendary John Mariucci.

After graduating, Woog coached the St. Paul Junior Stars, and at his alma mater South St. Paul.  He took the Packers to four state tournaments.  Coming back to the University of Minnesota in 1985, Woog lead the Gophers to 12-straight NCAA tournament appearances and six trips to the NCAA Frozen Four.  Under Woog, the Gophers never could quite get over the hump and win a national title.  Woog is the 2nd winningest coach ever at Minnesota behind Don Lucia.

"Coach Woog was one of a kind," said Director of Athletics Mark Coyle. "He had a huge heart, an engaging personality and everyone he encountered loved him. From playing to coaching to commenting, his impact on hockey, the Gophers and the state of Minnesota is immeasurable. To many, he is Gopher hockey. Our thoughts are with his family and loved ones at this time."

Always and forever a Gopher.As a player and as a coach, Doug Woog encompassed what Pride on Ice means, and his impact on the game will never be forgotten.Our thoughts are with his family and loved ones. https://t.co/0jVoQEBZgJ pic.twitter.com/05cci2uQsl

After stepping down as head coach, Woog remained close to the program, working with Gopher Sports Properties and serving as on-air talent for FOX Sports North until the end of the 2013-14 season.