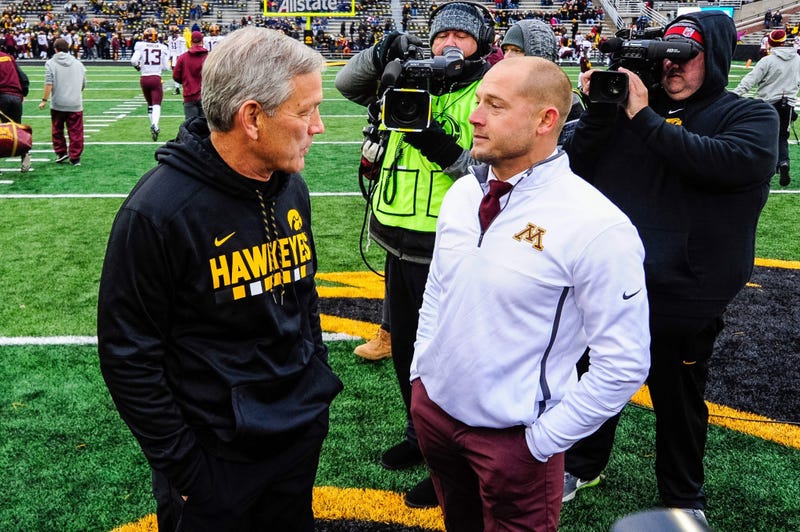 The University of Minnesota will host border rival Iowa at TCF Bank Stadium in 2020. The game, which was originally scheduled to be played on Saturday, Sept. 19, 2020, has been moved by the Big Ten Conference to Friday, Sept. 18, 2020.In 2016, the Big Ten Conference announced it would start scheduling games on Friday nights, normally left open so as not to conflict with local high school games.  The Big Ten agreed to the Friday games along with a six year TV package.  There's no word yet on the time of the game, or where you can see it on TV.

Minnesota played a home game on a Friday night in 2018 when it beat Indiana 38-31.  Of course, the Gophers' most famous Friday night game was in 2003, when Michigan came to the Metrodome.  The game was moved to Friday because of a Twins playoff game on Saturday that forced the rescheduling.

The Gophers also open the season on Thursday night in 2020, so in their first three weeks, there is only one game on a Saturday.  The first four games of the season are at TCF Bank Stadium.

Here's a look at the entire 2020 schedule for the Gophers, who next play on New Year's Day against Auburn in the Outback Bowl.