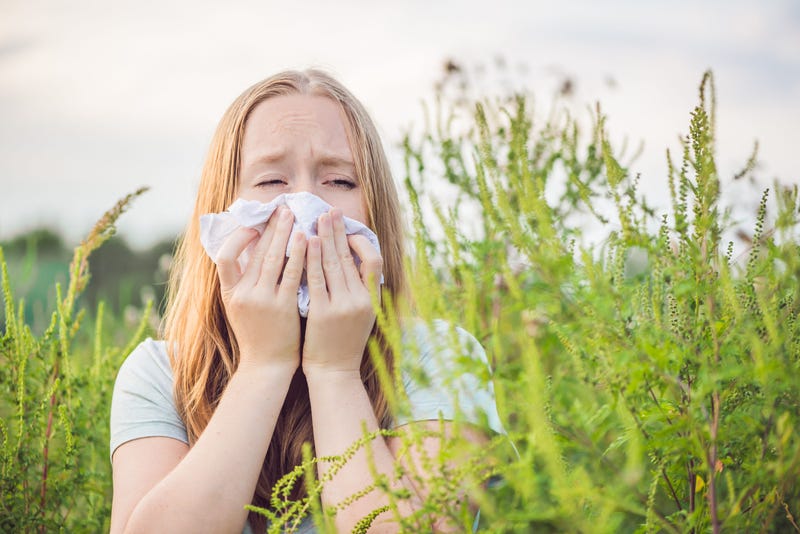 Normally by mid-August, and certainly throughout mid-September, those of us who suffer through the traditional hay fever season are ready for that first frost.

However, 2020 continues to be full of surprises.  This late summer, early fall, has come nowhere close to matching average levels of pollen in the air.

For me, the Minnesota State Fair has normally been the kickoff to the sneezing, itching, and watery eyes.  The antihistamines and eye drops become your best friends, and you start quietly praying for colder weather to end the misery.  All while avoiding going outside or opening the windows whenever possible.

A quick stop at Pollen.com gave me the answer.

Typically, pollen levels this time of the year can easily trend into what they call "high" or at least "medium-high" territory.  It can trend that high day-after-day-after-day too.  As many of you can attest in our snotty misery.  So far, since the start of August, Minneapolis hasn't reached medium-high yet.  In fact, we haven't even hit "medium" levels of pollen in the air since September 2nd and are trending way down to almost negligible levels.

Since September 10th, the pollen levels from ragweed have sunk into "low" which normally doesn't occur until the first hard frost in Minnesota.  That isn't typically seen in the metro area until the first week of October on average.

What is causing this low amount of ragweed this year?  There are a few factors at play, but mostly it's the weather.

I mentioned September 10th above.  What happened on the 10th?

The low temperature in Minneapolis that night was 38 degrees.  Around the state, many places saw temps approach 32 degrees, which would have caused a slowdown (at least) in pollen production.  You may remember having to go out and cover your tomatoes for a couple of days.  In so many words, it killed off a lot of the ragweed pollen across Minnesota and the Upper Midwest.  Since wind can carry ragweed pollen up to 150 miles, it matters when you get a frost across parts of outstate Minnesota, even if we didn't quite get cold enough in the metro.

It's also been drier than normal with all weather stations across the state reporting lower than average rainfall.  Long term, Minnesota has been trending warmer and wetter in the early fall which had been increasing the length and intensity of ragweed pollen.  Looks like 2020 will be the exception.

In the Western United States, and parts of the Southern Midwest, allergy levels are still in medium or high levels as they've seen record warmth.  But, across much of the Eastern U.S. it's been a different story.  (Click here to see that national map)

Minnesota's cool and dry September has given allergy suffers some blessed relief.  We'll take this one win 2020.