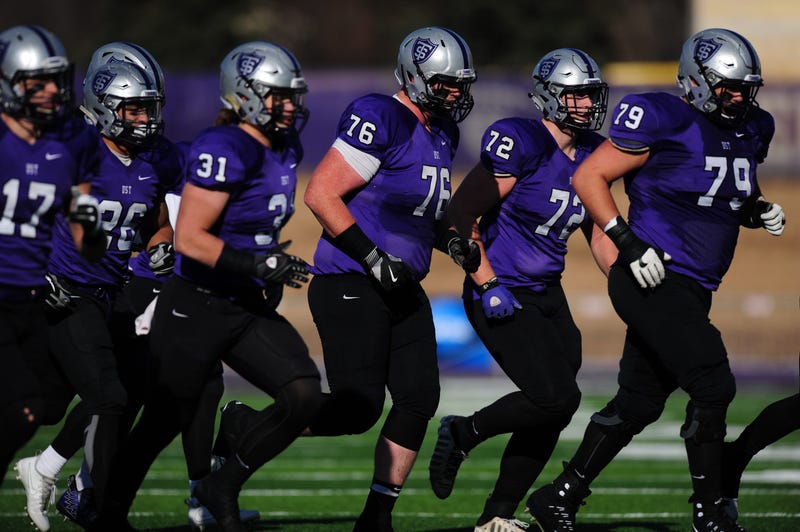 After months of waiting, the University of St. Thomas has becomee the first program in the NCAA’s modern era to reclassify directly from Division III to Division I college athletics.

The NCAA on Wednesday approved a motion granting St. Thomas the ability to make the jump to D-I. With the decision, the Tommies officially accepted invitations to join the Summit League athletics conference, as well as the Pioneer Football League and Women’s Western Collegiate Hockey Association (WCHA).

“Our St. Thomas community is excited to embark on this journey of building Minnesota’s first private D-I collegiate athletics program and the second D-I program in the state,” said Julie Sullivan, president, University of St. Thomas. “St. Thomas has a long history of academic and athletic excellence and embracing change with an entrepreneurial spirit. This move continues that trajectory.”

The Tommies have had numerous athletic success stories in recent years, so many in fact that the MIAC Presidents voted this past year to remove St. Thomas from the conference.  Most recently, St. Thomas has dominated in football which included a 97-0 win over St. Olaf in 2017.  St. Thomas has won six MIAC titles since 2010 and reached the Division III national title game in 2012 and 2015. In the past two years, the football team has gone 14-2 in conference play with an average margin of victory of 49 points behind head coach Glenn Caruso.The entire athletic program as a whole has had great success however.  St. Thomas was ranked 10th nationally in the Learfield Directors’ Cup standings for Division III schools, which measure an athletic program’s overall success.

According to school officials, the league would have disbanded if St. Thomas remained a member, due to what they called "competitive imbalance".

St. Thomas, one of the seven founding members of the MIAC, will begin play in Division I starting with the 2021-22 athletic season.  That means one more year in the MIAC.  And one more meeting with long time rival St. John's.

The move would make St. Thomas only the second Division I program in major sports (excluding hockey-only schools) in the state, joining the University of Minnesota.

It also means significant change for the athletic programs.  Student-athletes will travel more. In the Pioneer League, where St. Thomas will play football, there are members as close as Iowa (Drake), and members as far away as Southern California (San Diego).  There are also schools in New York, North Carolina, Florida, Kentucky, Indiana and Ohio.  That's a lot of travel considering the longest road trip St. Thomas had to make for a conference came has been Moorhead, MN.

It's also likely that St. Thomas facilities will also need to be upgraded to fit the demands of hosting DI athletics.

All of that comes with a very large pricetag.

The school states in a post on their website: Transition costs will be funded by incremental athletics revenues, philanthropy, and an investment from a board-controlled endowment fund that supports strategic initiatives that match the university’s long-term goals; we view this investment as critical to our goals for the next several decades and beyond. Incremental ongoing expenses associated with D-I will be funded primarily from any new revenues associated with the transition, including incremental revenues associated with competing at the D-I level (ticket sales, fundraising, sponsorships, etc.)."

“Today, as much as ever, I’m proud to be a Tommie as we look to our university’s future,” said Dr. Phil Esten, St. Thomas vice president and director of athletics. “I thank the leadership at the NCAA, the Summit League, Pioneer Football League, WCHA and all who have supported our efforts. This decision aligns with our university’s bold vision to ever press forward. I am excited to compete in Division I, while ensuring conditions for our student-athletes to pursue comprehensive excellence.”

The Pioneer League President said, “The Tommies were one of the NCAA’s most successful football programs at any level over the past decade and they live their university mission on and off the field, which makes them an outstanding institutional fit for us. We are thrilled to expand to the Twin Cities, and proud to welcome a program with a track record for graduating players, winning conference titles and playoff games, and serving its community.”

The Pioneer League is a good fit for St. Thomas.  All but one of the schools is private (Morehead St. in Kentucky) like St. Thomas, and it is a non-scholarship league which should even out the playing field for schools.

The Tommies will compete in the Summit League in all other sports outside of hockey.

In a posting on the St. Thomas website, Summit League Commissioner Tom Douple says, "St. Thomas brings the full package – an excellent academic reputation, experienced leadership, a massive alumni network and a winning culture.  With their values-based mission and status as Minnesota’s largest private university, we know the Tommies will represent the Summit League well and we’re proud to welcome them.”

(Ed. Note: WCCO Radio has been a broadcast partner of the St. Thomas football program, and is scheduled to air games again this fall)