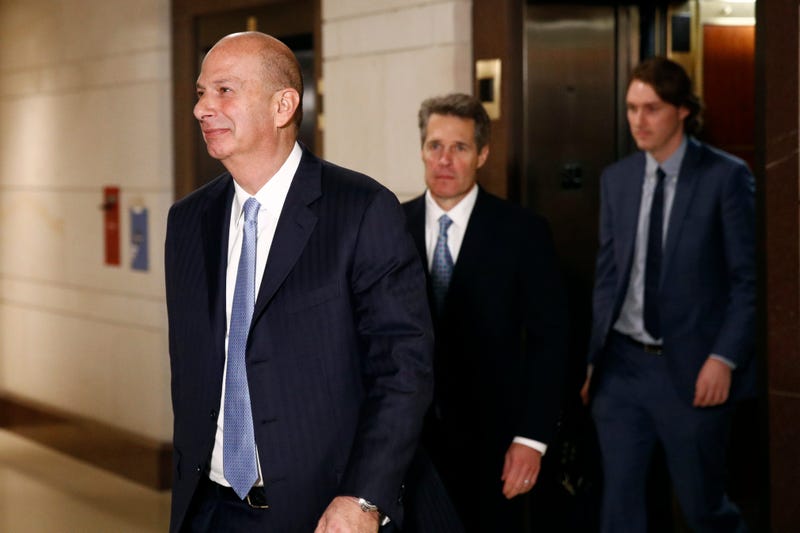 WASHINGTON (AP) — The Latest on President Donald Trump and the House impeachment inquiry (all times local):

Democrats Tuesday released hundreds of pages of testimony from two top diplomats: Kurt Volker, the former special envoy to Ukraine, and Gordon Sondland, the U.S. Ambassador to the European Union.

Both testified for hours behind closed doors about Trump's interest in having Ukraine pursue investigations of Joe Biden and Democrats. The push came as the White House withheld military aid to the East European ally.

The two diplomats were part of a pivotal May meeting with Trump at the White House that raised red flags. They also engaged in a text message chain about the administration's actions toward Ukraine.

The panels on Tuesday wrote to Mulvaney requesting his appearance, saying they believe he has "first-hand knowledge" of President Donald Trump's dealings with Ukraine.

In a televised news conference last month at the White House, Mulvaney appeared to acknowledge that Trump held up military aid to Ukraine partly for political reasons. He then later denied that he had said it.

Mulvaney is one of 13 witnesses that the Democrats have called to testify behind closed doors this week. It is unclear if he will show up since Trump has directed members of his administration not to cooperate.

Interview transcripts from the depositions of two key diplomats dealing with U.S. relations with Ukraine are expected to be released by the House impeachment inquiry.

The chairman of the House Intelligence Committee, Adam Schiff, says transcripts expected to be released Tuesday come from the depositions of the former special envoy for Ukraine, Kurt Volker, and U.S. Ambassador to the European Union Gordon Sondland.

Democrats have called for several witnesses to meet the impeachment investigators this week, including Energy Secretary Rick Perry and former national security adviser John Bolton. It's unclear whether any of them will come to Capitol Hill.

On Monday, four White House officials scheduled to appear before House impeachment investigators for depositions failed to show up, following President Donald Trump's orders not to cooperate with the probe.