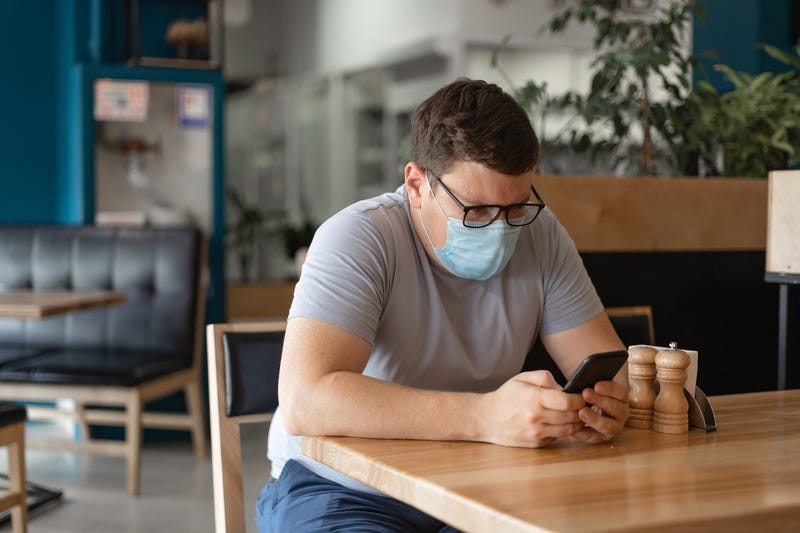 Rob Dubnecay of Chicago's Taste Authority called in to the Chad Hartman Show, and spoke to Jason DeRusha who is filling-in Wednesday.  Dubnecay talked about the difficulty of trying to run a restaurant, when many patrons refuse to wear a mask.  "We've had one employee who actually quit because he couldn't take the beating at the front counter," said Dubnecay. "Customers were yelling at us that I've had my customers wearing a mask. They don't want to have a mask. They don't live in Minneapolis. Why follow Minneapolis? The rules are ridiculous. There's no need for masks and the data is wrong. And we're talking 70-year olds to 20-year olds. It's honestly brutal."

There is currently no mask mandate across Minnesota, although several cities are requiring them in indoor spaces including Minneapolis.

Governor Tim Walz, on the Morning News with Dave Lee on Wednesday, said he is considering a statewide mandate which takes the pressure off of businesses to enforce their own mask mandates.

"I would just put out to Minnesotans again, this is the cheapest, easiest thing," Walz told Dave Lee. "If you want to keep businesses open, school open, and get back to normal, wearing a mask is more effective than any lockdown that I can do, or any of these other changes. It really makes a difference."

Dubnecay tried to reach out to their neighborhood council president, who in turn talked to a council member.

"You want the response we got back from the councilman on angry people that are being violent or just being verbally violent? Call 911. That was his answer. Call it. I mean, come on."

Dubnecay is in favor of Walz instituting a state mask mandate which would take the pressure off of businesses who are trying to enforce mask rules.