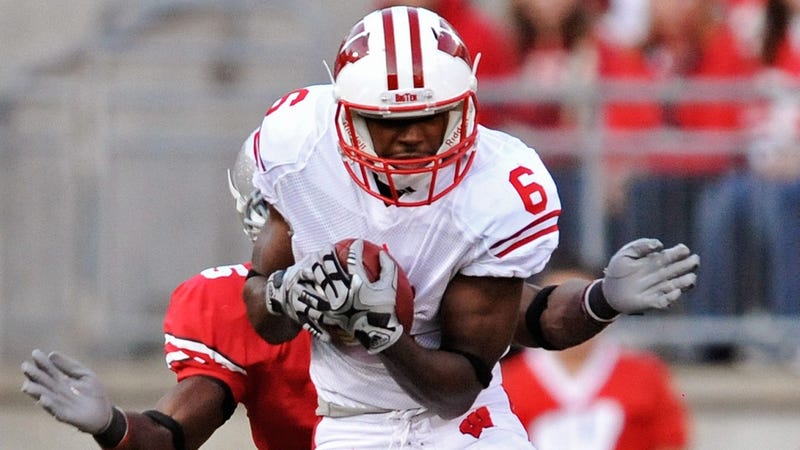 The Wisconsin-Minnesota rivalry is the oldest in college football with each team having gone through phases of dominance, a fact that must come up every now and then around the dinner table between Melvin Anderson and his son Isaac.

Melvin Anderson played wide receiver at the U of M from 1983-1986, with the Gophers losing the first matchup but then, after the arrival of a certain Lou Holtz, winning the next three. His son Isaac Anderson, meanwhile, played for the Badgers from 2006 to 2010, which falls in the middle of the recent period in which the Badgers owned the Gophers for 13 years straight, which came to end last season.

RELATED: More than Axe on line for Minnesota-Wisconsin

Both Andersons, guests with Mike Max, each reflected on their experience of the claiming the Ax.

For Melvin Anderson, the 1984 win was a decisive moment. The year previous, the Gophers had gone 1-10 and he had considered transferring, but Holtz persuaded him to stay.

“Lou Holtz came in and told us, gave us the big story. sold us, you know, (like) a used car salesman and kept us around,”

Issac Anderson attributes the Badgers dominance over the Gophers during his playing career to Wisconsin’s coaching staff, citing Barry Alvarez, Bret Bielema and Paul Chryst. “But now the Gophers, they got PJ Fleck, and  they can build a tradition behind that, good for them,” he said.

The two plan to watch the game together at the facility where Melvin runs a Track and Field youth development program. They differ on their predictions for Saturday — Isaac thinks the Gophers won’t be able to handle the Badgers running back, Heisman candidate Jonathan Taylor, while Melvin has a different take.

"I'm going to keep it even simpler. It's our turn to be great and run the Big 10. It's been 40 something plus years and in the making and it's our turn, and we're about to finish the business, if that's up," he said.